U.S. Secretary of state Rex Tillerson, in an interview with CBS News said that Washington is going to continue pressure on Pyongyang until the DPRK’s willingness to negotiate. 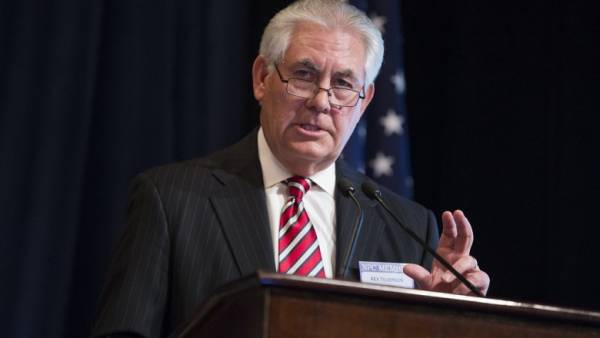 Us Secretary of state said that his work as a diplomat is to ensure awareness of North Korea “that the US keep their communication channels open.”

Informed military sources Foreign Policy magazine reported that the US is preparing for a possible cyberwar on the DPRK.

In December, the United States began to discuss her actions in the event of a fall of the ruling regime of the DPRK with China. The Chinese military conducted exercises, which were worked to gain control over the nuclear facility, similar to one of the existing North Korean facilities. Then Mr. Tillerson said that his country was ready for any measures, “if something goes wrong”.