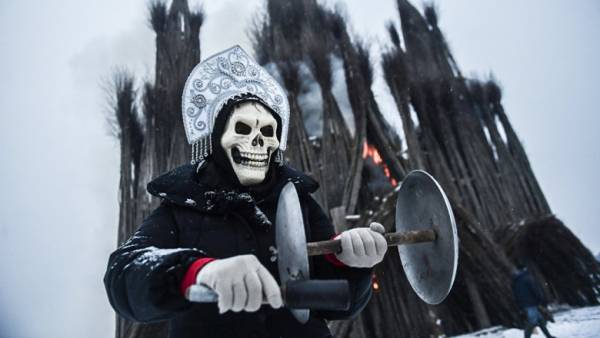 Earlier it was reported that the art-Park “Nikola-Lenivets” in the Kaluga region on Saturday at the carnival instead of the effigies burned structure made of branches. The event caused a resonance in society, as some, in particular, showman Maxim Galkin, found in the burned structure from the branches of a Gothic Cathedral. Deputy Chairman of the Synodal Department of the Moscow Patriarchate on relations of the Church with society and the media, Vakhtang Kipshidze, said RIA Novosti that the symbols of Christianity must be respected and immunity, and a similar performance makes believers only bewilderment.

“We did not understand a bit. Provoked all this showman Galkin, it must follow, of course, for your own words. This is just wrong all comprehended. We had a fire. We have no temple, not burned. It is the fire in which the flame must occur for our version of the architectural style of “flaming Gothic”. Any religion or anything anti-clerical it didn’t. It’s not a Cathedral, it was no crosses, no altar, nothing. It was just a fire,” said Polissky.

The interviewee noted that people attending the events, did not have the associations with the temple, they called the building the castle.

He also explained that the representative of the ROC organizers of performance have already given the explanation. “It is our explanations granted, as far as I know,” added he.