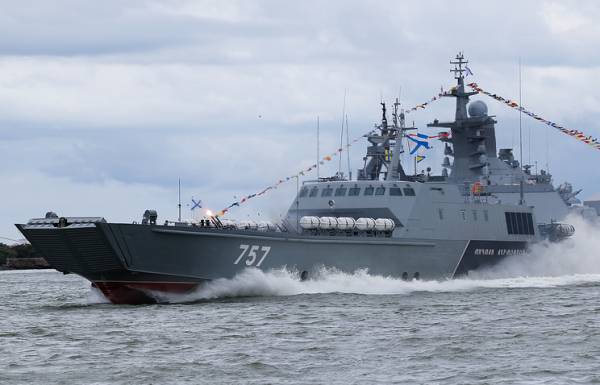 KALININGRAD, February 18. /TASS/. Division high-speed landing boats of the Baltic fleet of type “Gazelle” and “Dugong” has started the exercise for the transfer of military equipment on unequipped coast of the Baltic sea, told TASS on Sunday, the official spokesman for the fleet Roman Martov.