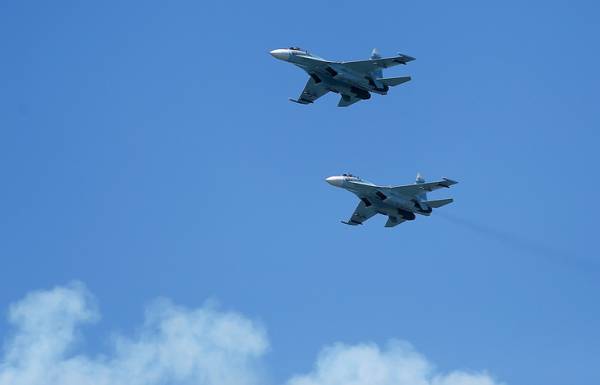 KALININGRAD, February 18. /TASS/. The pilots of the fighter squadron of air base of naval aviation of the Baltic fleet on the teachings in the Kaliningrad region have perfected the technique of single elements and piloting of air combat aircraft su-27, reported TASS the official spokesman for the fleet Roman Martov.