VIENNA, 16 Feb. /TASS/. Ukraine has turned into a mafia state where all of the state belongs to oligarchs, including Petro Poroshenko and Rinat Akhmetov. 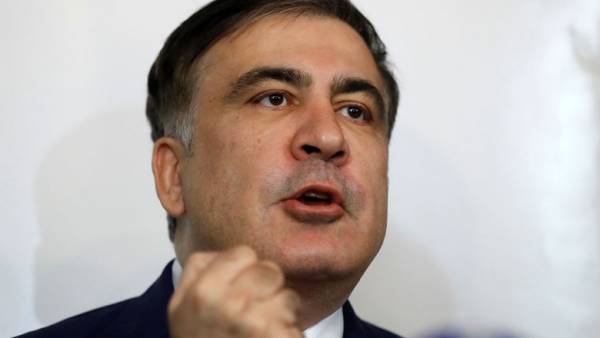 This opinion was expressed by former President of Georgia and former head of the Odessa region Mikhail Saakashvili in an interview with the Austrian newspaper Die Presse, which was published on Friday.

“Ukraine is becoming a mafia state because of the large economic interests of the oligarchs. 70% capital is owned by seven oligarchs, and the most important of them is Petro Poroshenko, Rinat Akhmetov, who together own half of the state”, — told Saakashvili.

In addition, in his opinion, the government has virtually ceased to function, and with it the country’s “wielded by paramilitaries, which uses Poroshenko”.

“Such armed groups are subordinate to the Minister of internal Affairs and Akhmetov”, — he added. According to Saakashvili, Ukraine’s economy is in a stage of stagnation, “economic growth at 2% is a weak figure with inflation at 13%”.

The Collapse Of Ukraine