Russia could not and did not interfere in American elections, Lavrov said

MOSCOW, 16 Feb — RIA Novosti. Moscow “could not and did not” interfere in the US presidential election, the absence of any evidence and the facts, said Friday the Russian foreign Minister Sergei Lavrov. 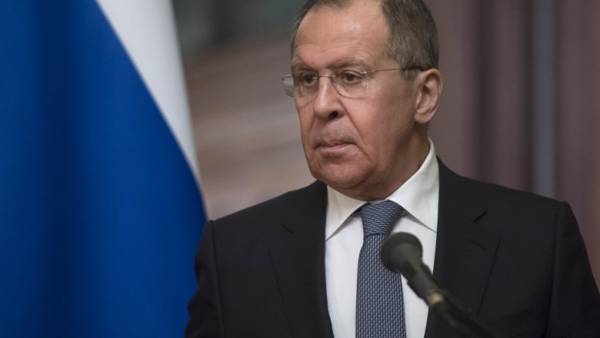 “We could not guess, of course, could not and did not intervene. About some government interference in the election process say still, but not a single fact I ever saw. The assistant Secretary of the U.S. Department of homeland security responsible for cyber security, said clearly that they have no evidence of Russian interference in the electoral Affairs of the last presidential campaign,” Lavrov said in the TV channel “Euronews”.

“You know, the United States is a very specific political system. I worked there many years. For almost half a year, during which there is the investigation (this investigation was Muller and Senate Committee hearings; hearings, interrogations involved dozens of citizens), not a single fact is not leaked into the public sphere — the USA does not happen. If there was at least some “spark”, the smoke would have been seen immediately,” — said Lavrov.

According to him, those who accuse Moscow “have painted themselves into a corner with statements about the “fine” information about the Russian intervention”. “Now in hindsight just trying to find at least some justification. But even this does not work”, — said the Russian foreign Minister.