According to “Kommersant”, the Chairman of the government Dmitry Medvedev at the Forum of the Russian popular front’s action, which took place at the end of last year, instructed several ministries to provide proposals to establish a Federal TV channel, “covering the activities in the sphere of youth policy”. In the Ministry of communications called the initiative “inappropriate”. The expert believes that young people “need a serious conversation about the problems of society,” but the idea of creating a special channel and sees the situation. 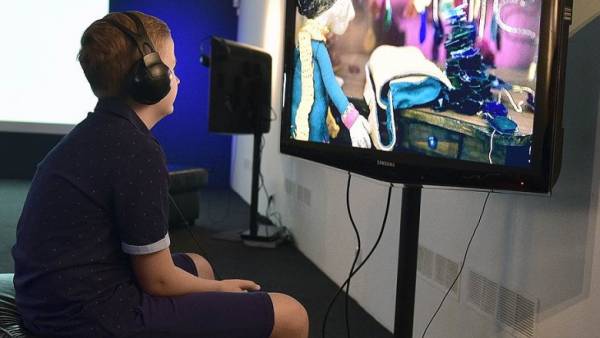 As it became known””, earlier in the week Dmitry Medvedev has signed about thirty of instructions following the forum of the popular front “Russia looking into the future”, which took place on 18 and 19 December 2017. So, until September 10, the Ministry of sports and Ministry of education should make recommendations on creation of additional conditions for development of mass sports. “Most of the budget money is usually spent on the sport of high achievements and mass sports gets a penny. When participation in the Olympics becomes a political issue, it is necessary to think over creation of the Amateur Olympic games, to move in this direction,” — said yesterday at a meeting of staff of the onf, the head of Executive Committee Alexey Anisimov.

The Ministry of communications, Ministry of education and science, Federal Agency for youth Affairs and the Ministry of culture, the Prime Minister instructed to submit proposals “on creating a Federal channel covering the activities in the sphere of youth policy”.

The period of execution of instructions in a document is not specified. In charge of the regulation of media in the Ministry of communications Deputy Minister Alexei Volin told Kommersant that the creation of special media “impractical,” and with the office prior consultation was not conducted. “You can’t create information ghettos: can’t create channels for youth policy, seniors, agricultural workers, — said “Kommersant” Mr. Wolin. There are channels aimed at a broad youth audience, such as TNT and STS”.

The head of the Duma Committee on information policy, Leonid Levin believes that to create a “new channel to attract a younger audience, it is meaningless, because all the young people sitting on the Internet”. “This should be done through interesting and quality content on TV channels and online platforms that already exist,” he says. The Deputy agrees with the government that “to create a quality product for this audience — state task, otherwise students will watch YouTube and actively use other foreign services”.

At the initiative of Dmitry Medvedev in 2013, the beginning of the broadcast “Russian Public television” (OTR). The channel was launched on the budget (in the first year it was allocated 1.5 billion rubles.), but with the financial problems he faced up to the airing. After two months of broadcasting he has been donating part of their salaries, the Minister of communications Nikolay Nikiforov. Alexey Volin recommended OTR to optimize costs. “It’s simple: if you have no money to holiday in the Canary Islands, you go to the country”, — he said.

However, the OTP continues to work: RUB 1.5 billion for the channel was budgeted for 2018, 3 billion for 2019 and 2.8 billion rubles planned for 2020. Thus, according to Mediascope, last week (5-11 February) the OTP was not included even in the top 30 at the average daily share of the audience.

“As the man who led the youth editorial Board (of the Central television in the 1970-1980’s.—””), I know how young people need a serious conversation about the problems of society and life”, — said “Kommersant” the head of the National Association of broadcasters Eduard Sagalaev. While he sees the idea of creating a youth channel “the environment and the desire to make money,” but “would be happy to be wrong.” A lot depends on who will be involved in its creation: “the volunteers, rescuers of animals” or “some sort of jingoistic organization”, he said.

Traditionally, the instructions to various structures of the forum of the popular front was given by the President. Only in 2015, Prime Minister Medvedev has set ministries a number of challenges after his meeting with activists of the popular front. The Forum actions at the end of 2017 onf proposals were sent to the White house and the presidential administration, but the Prime Minister reacted quickly. According to “Kommersant”, expert management of the AP involved in the preparation of the President’s instructions to duplicate the government in this matter will not. According to political analyst Mikhail Vinogradov, “Dmitry Medvedev is important to show that he sees himself as Prime Minister after may 2018 — him trying to not interfere.” He believes that by the end of the government’s instructions, “can be more elaborate details”.