TOKYO, 16 Feb — RIA Novosti. The DPRK celebrates the state holiday the Day of the lodestar — the birthday of former leader Kim Jong Il, the current North Korean leader Kim Jong-UN on Friday visited the tomb of the “Kumsusan” in Pyongyang, to worship and bring flowers to the monument of his father. 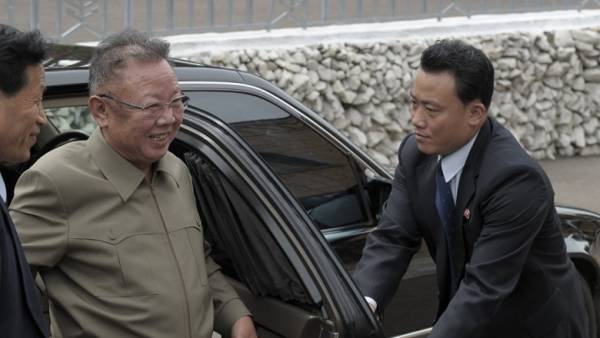 According to the Central Telegraph Agency of Korea (KCNA), Kim Jong-UN came to the tomb “Kumsusan”, which in imperishable form, buried his father along with grandfather, the first President of the DPRK Kim Il Sung, at midnight, together with other senior politicians and members of the military.

To set “Kymsusane” the monuments of former North Korean leaders a military guard was given a vase with flowers.

Along with Kim Jong-UN to the memory of his father in the tomb honored, in particular, Deputy Chairman of the Central Committee of the workers ‘ party of Korea and Vice-Chairman of the state Council of the DPRK choe Ryong Hae, considered the “second” largest person in the DPRK.

Kim Jong-Il died in late 2011, now he would have turned 76 years old. Kim Jong-UN inherited his power in the same way as in 1994, his father moved the sovereignty of the DPRK by Kim Il sung. The top leadership in this country is inherited according to the principle that the son will never violate the precepts of his father.