Vladimir Putin called the priorities in the work of the office. 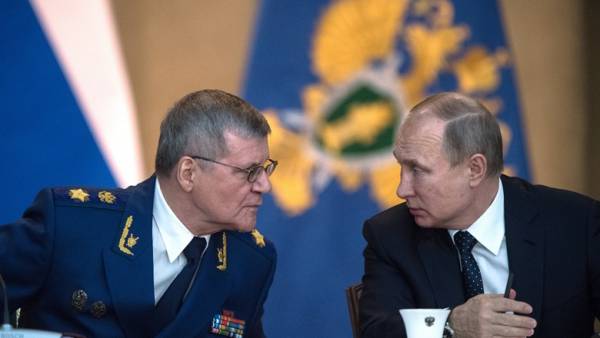 Protection of citizens ‘ rights, primarily labour and social security, prevention of violations of the laws against minors and rid the business from pressure of law enforcement agencies has been ranked among the priority tasks of the Supervisory authorities of the Prosecutor’s office today on the expanded Board of the Prosecutor General of the Russian Federation President Vladimir Putin. In turn, the Prosecutor General Yuri Chaika noted that due to the intervention of his Department over the past two and a half years managed to repay more than 86 billion rubles of debts to businessmen working under government contracts. The head of the Supervisory Department also noted the need for strict control over the process of humanization of the penal system.

Of course, in the center of your attention should be the protection of fundamental rights of the citizens, especially in such sensitive areas as labor and social relations. In the framework of its powers, you must immediately react to any violations of the law and the rights of citizens in these areas, including delay or non-payment of wages.Vladimir Putinista at the enlarged meeting of the Collegium of the Prosecutor General of the Russian Federation

According to the head of the state, the Supervisory authorities together with the tax service should stop any attempts of heads of enterprises and organizations to expend funds intended for the payment to employees for other purposes, “often has nothing to do with the interests of the collective.”

Vladimir Putin also noted that “the special control should be the task of protecting the rights of minors”. “In 2017, the prosecutors identified 11% less violations of the law in the sphere of ensuring the rights of minors than in 2016. it is Now important to strengthen the oversight institutions of the prevention system in the regions”, — he said. The President especially stressed that “we have repeatedly raised the problem of housing orphans. We must continue to work actively in this direction. To ensure that the local authorities in a timely manner and fully complied with the requirements of the law fundamentally… Please respond to the facts of acquisition of apartments for orphan children at inflated prices or trying to get rid of citizens, providing them with the frankly worthless, useless space uninhabitable”.

“The issue of ensuring authorities in full payment of benefits to low-income families, support parents with many children, the creation of additional places in day nurseries and schools should remain in the focus of prosecutors,” — said Vladimir Putin.