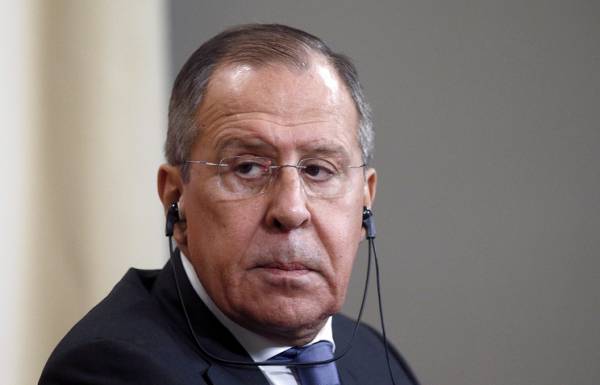 MUNICH /Germany/, February 16. /TASS./ The Minister of foreign Affairs of Russia Sergey Lavrov will take part in the next meeting of the Munich conference on security to be held from 16 to 18 February. The head of depodesta will hold talks with colleagues from other countries, will meet with representatives of business circles of Russia and Germany, will speak on the issue of relations with Russia and the European Union.

The Russian foreign Ministry noted that the Munich forum is a leading discussion platforms “on topical problems in the field of Euro-Atlantic and global security.” “The event is planned to discuss the current state and prospects of European security, countering international terrorism, the situation in the middle East and the Korean Peninsula,” – said in Russian depodesta.

The participants of the Munich conference traditionally use this site and to hold meetings in bilateral and multilateral formats. As reported by the official representative of Russian foreign Ministry Maria Zakharova, on the sidelines of the forum, Lavrov scheduled contacts, in particular with the Minister of foreign Affairs of Japan, Taro Kono, foreign Minister of Ukraine Pavlo Klimkin, Secretary General of the OSCE Thomas Greminger, as well as with the Minister of foreign Affairs of Slovakia Miroslav Lajcak, who is the Chairman of the 72nd session of the UN General Assembly. The Russian foreign Minister will hold talks with his counterparts of Egypt Sameh shoukry and Spain Alfonso Tacticom Casado.

It is expected meeting of the Russian Minister with NATO Secretary General Jens Stoltenberg. Earlier, the NATO Secretary General said that he expected to discuss with Lavrov in Munich continued the work of the Council NATO – Russia (NRC). According to Stoltenberg, “dialogue is particularly important when the relationship is difficult, as in this case.” After the start of the crisis in Ukraine and the freezing of relations of the Alliance with Russia the number of meetings of the NRC at the ambassadorial level has decreased significantly, the last such meeting took place in Brussels at the end of October 2017.

Lavrov in Munich will also have a word with the foreign Ministers of Moldova and Croatia – Ulyanovsk by Tudor and Mary pejčinović Buric, the possibility of a meeting with EU high representative for foreign Affairs and security policy Federica Mogherini.

On 17 February on the sidelines of the conference will host a meeting of representatives of business circles of Russia and Germany with participation of foreign Ministers of the two countries Sergey Lavrov and Sigmar Gabriel. “There will be discussed the state and prospects of trade and investment cooperation between our countries are developing steadily in a difficult environment of political risk and economic sanctions. Special attention will be paid to measures of the Russian government to stimulate growth in the domestic economy and improving the investment climate in our country”, – said Zakharov.

The probability of meeting “Norman Quartet”

The possibility of holding on the sidelines of the conference of the Ministerial meeting “channel four” (Russia, Ukraine, France, Germany) worked out, although official confirmation is still not received.