Poland opposes the construction of the pipeline “Nord stream-2”, because he believes it necessary to preserve Russia’s dependence on gas transit via Ukraine, said Prime Minister Mateusz Morawiecki in the Polish radio. 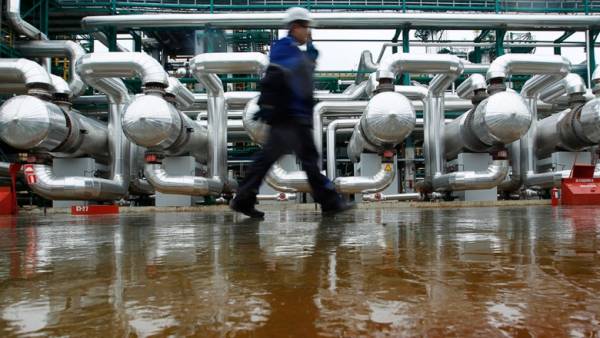 According to him, Warsaw wants Russia had the opportunity to transport gas to Europe bypassing Ukraine. “This is primarily because today is all the time a few dozen billion cubic meters of gas Russia has to send to Western Europe through Ukraine. Russia supplies around 180-185 billion cubic meters of gas and about a third of this volume, and in some years significantly more, she was dependent on Ukraine”, — said Morawiecki.

The Prime Minister believes that the dependence on the Ukrainian transit hinders Russia from “aggressive actions”. “In this regard, its aggressive actions in the Donbas, that is, in the Eastern part of Ukraine, held back by a certain degree of risk that would happen if the pipeline happened something bad” — he said.

Moscow has repeatedly stated that to politicize the situation around the project “Nord stream-2” is absurd, Russia has always been a reliable supplier of oil and gas in the EU.

Russia has also repeatedly said that is not a party to domestic conflict or subject of the Minsk agreements on its settlement, while Moscow is interested in Ukraine overcame political and economic crisis.