In the US, a transgender woman, the first to breastfeed. Gave birth to her baby girl

In America, a transgender woman, the first to breastfeed the baby. This was announced by the staff of the Center of transgender medicine and surgery in new York in a study published in early 2018. 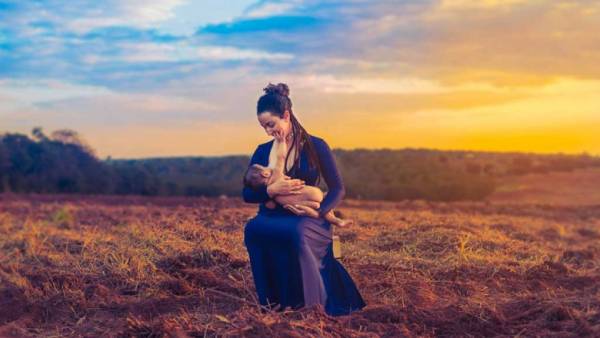 30-year-old American, whose name was not disclosed for several years took hormone therapy (but not had surgery surgical sex reassignment, that is, mammoplasty, removal of the penis and so on). As a result, women have grown, according to New Scientist, “fully developed” breast.

However, for lactation it was not enough: to have the woman had breast milk, she usually needs the hormone prolactin. While medical methods approved for stimulus generation, does not exist.News 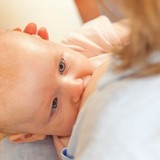 Long breastfeeding is beneficial for the health of the mother

However, the American wanted to try experimental method: when her partner was in her sixth month of pregnancy, the woman decided that she wanted to feed them breast and went to the Center of transgender medicine and surgery in new York. There she was offered a course of hormonal therapy in combination with physical stimulation of the breast and drug of nausea the domperidone (also known in different countries under the name “Motilium”). Its side effect can be breast milk supply. In 2004, the Department of supervision of food and drug administration warned women that this drug should not be used for stimulation of lactation as it is not designed for these purposes and not passed the necessary research.

After months of therapy in women appeared first drops of milk, and after three months of medication (that is, to the time of birth) she was producing 227 grams of milk per day. This it was enough to feed the baby until the age of six weeks; observed family pediatricians stated that the baby is healthy, normally growing and developing. After six weeks of breast-feeding diet supplemented with a mixture. Experts of the center of transgender medicine and surgery in new York, under whose control the experiment indicate that by six months the child was happy, healthy and “very cute”. They also claim that this is the first case known to science.

Endocrinologist medical school, Boston University Joshua Safer not participating in the experiment, explains that there is nothing supernatural in this: cells of the mammary glands, which develop transgender women during treatment that can produce milk as well as cisgendered. According to Seifer, this method of stimulation of lactation can be very popular among the transgender women who want to breastfeed.

As noted by the endocrinologist new York hospital mount Sinai Tamar Reisman, participated in the experiment, transgender medicine becomes part of conventional medicine: “there is evidence base, standardized methods of treatment and new reproductive opportunities.”