“When I first touched her hands, I like the shock pierced»

Three stories that prove that love is not important age and do not need vision.

Valentine’s Day three of the Foundation told us incredible stories of love the wards that will make you believe in the miracle.

Today, the “love” day of the year, stories from the lives of their wards tell three foundations. These stories better than any book or movie proves that love is not important the age, time or appearance. She’s not much of anything important — except yourself and happiness of those it gives itself.

“I immediately realized: that’s my woman!» 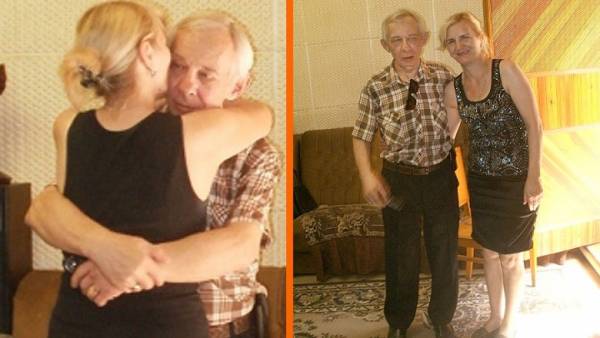 “He lived on the Earth, and he knew joy and sorrow. In God released age good and he knew evil…”. “Right about me written — thought Sergey, when recently I heard these verses”.

He then began to recall my whole life and initially imagined a sweet, cute woman. Mother. He remembered himself a four year old curly blonde boy. Little Serezha then did not know that it is not like the others — he sees and hears he doesn’t.

Only much later it turned out that Serezha usher syndrome — a rare genetic disorder that causes deafness and progressive vision loss. But the first reason why bad boy sees and hears, knew neither his parents nor the doctors.

Serezha’s father — the foreman of one of the leading factories. Responsible and decent person — he made every effort to treat our son. But, alas, in 60 years there were no digital hearing AIDS. And then the father said, “we Will teach ourselves.”

In comprehensive school, Serezha came prepared. Not far behind from the guys and participated in all endeavours. And another boy read it — could not see, but to live without books could not.

And now school is over. Sergei went to work as a mechanic, went on to become, under the guidance of his father.

Quickly became a foreman, it seems everything went well, only his heart remained free.

They were interested in women, but they never had to talk they were or drinking, or selfish.

Arrived the 90s Ruined everything: the bankruptcy of the factory, his father’s illness. Like living? What to do person with disabilities? Emptiness. Darkness. Here in this difficult time mom and brought Sergey into the society of the deafblind “Overcoming”.

Addiction was difficult, and even the heart “play tricks”. Sergei suffered a massive heart attack. Fortunately, he pulled through. But after some time got sick and his mom died. Increasingly, he began to ask himself the question: “How to live now, why?”.

“Salvation in a rehabilitation center!”— decided Chairman of “Overcoming” Valentina seryogina and sent Sergei in his native Kirov to Moscow — in the “Home for deaf”.

Then Sergei did not know that on the same bus with him to go to Moscow sisters Luba and Nadya. At the rehabilitation center of the room, Sergey and Luba was next, and the three weeks they were inseparable.