Renaming the address of the Embassy of the USA in the “North American impasse, 1” was not possible

The city interdepartmental Commission on naming territorial units of the city of Moscow found it impossible to rename a street near the U.S. Embassy in “American gridlock”. About it “RIA Novosti” said the Chairman of the Commission Alexander Alexandrov. 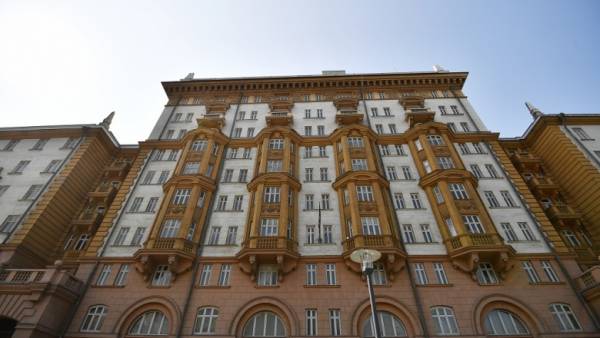 The Commission considered the proposal of the Deputy of the state Duma Mikhail Degtyarev. “Experts of the working group find it impossible to consider the proposal by name due to the actual absence of the object for the names,” said Ms. Alexandrova.

She explained that vnutrizonovye passage referred to, is a common territory and is not subject to renaming.

Earlier, the head of the Duma Committee on physical culture, sport, tourism and youth Affairs Mikhail Degtyarev sent to the mayor of Moscow the letter with a proposal to name unnamed vnutrizonovye travel to the U.S. Embassy “North American gridlock”. With this initiative, he spoke after Washington square was renamed at the Russian Embassy. The official U.S. state Department spokesman Heather Nauert said that the US does not object to the proposal.