Genetics from the Rockefeller University have isolated from soil samples antibacterial substance that has great potential as a new antibiotic. 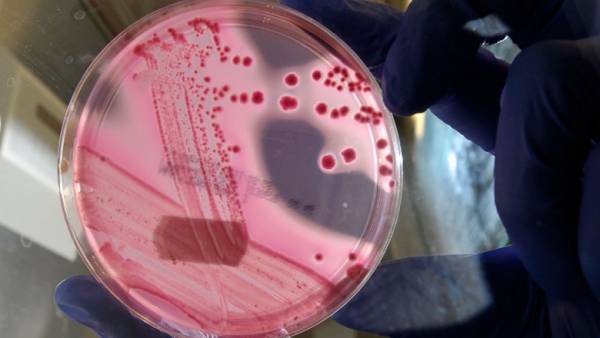 Despite the widespread availability of antibiotics, and to some extent, and because of this, infectious diseases remain the leading cause of death worldwide. And if the Arsenal medics will not be updated with new effective antibacterial agents, mortality rate from untreatable infections will increase by more than 10 times by 2050.

Because of the unique ability to exchange genes, bacteria exchanging resistance genes to the antibiotics that made many infections are difficult to treat. Not coincidentally, the who has identified antibiotic resistance as one of the major threats to humanity.

Therefore, many scientists all over the world are in constant search of effective remedies against bacteria. In the new study, a team of scientists have discovered one more natural compound which can be an antibiotic. To do this, the volunteers collected 2,000 samples of soils in the U.S., as stated in their report, “from ecologically and geographically diverse environments.” Scientists have focused on finding genetic sequences characteristic of calcium-dependent antibiotics. Calcium contributes to the destruction of the bacterial cells and kills the bacteria. In the genome of soil microorganisms that fight parasites calcium dependent substance (preantibiotic) must be present with genes encoding the typical conservative motif comprised of amino acids: Asp-X-Asp-Gly.

Using a specially developed method for the search for biosynthetic gene clusters (BGCs), which encode the calcium-binding motifs, the scientists were able to detect a desired genetic sequence and they have identified a substance Mauldin.

To check the effectiveness of malacitana, its effect was tested on experimental animals. Mauldin introduced to laboratory rats infected with one of the most stable and prevalent pathogenic strains methicillinresistant Staphylococcus aureus (MRSA). A new antibacterial drug showed good efficacy against MRSA. And, most important, the bacteria in repeated applications are unable to develop resistance to it. Now a new antibiotic to undergo clinical trials, after which it will be possible its widespread use by doctors.