First channel canceled the show last series, the 4-serial documentary film by American Director Oliver stone’s “Putin” after the comments of the Central election Commission, told RNS the press service of the broadcaster, adding that the screening of the film did not violate Russian legislation on elections. 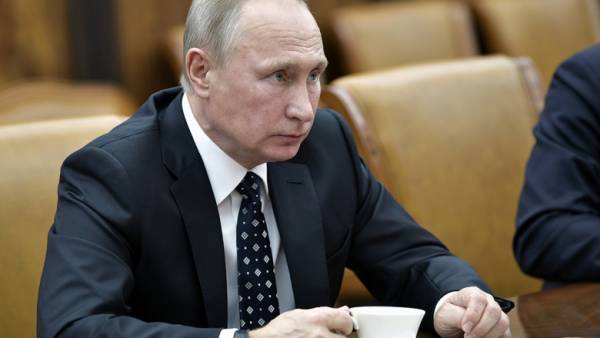 “In connection with the broadcasting in different time zones we can’t change the current grid — in regions of the country the third series of the film has already been shown or displayed. But make the decision to cancel tomorrow’s screening of the final episode,” RNS reported in the press service of the channel.

“The first channel” takes note of the comment made by the CEC, and regretted that such a remark had been received, since the screening of the film does not contradict the law on elections that allows TV channels in order to inform to broadcast programs with the participation of registered candidates. Nevertheless, we believe it is important to listen to the views of the CEC.the representative of the channel

Earlier Wednesday, the Central election Commission suggested that “the First channel” to postpone the screening of the documentary film O. stone’s “Putin” to the end of voting on presidential elections of the Russian Federation on 18 March 2018. The corresponding decree was published on the CEC website. The Commission stresses that in the film there is no calls to vote “for” or “against” the candidate (candidates) for the office of President of the Russian Federation, expressed a preference for any candidate, etc. “Thus, there is reason to believe that the propaganda purpose in the actions of JSC “First channel” missing”, — stated in the published resolution.

What will be shown instead of the cancelled series, the press service of the TV channel did not elaborate.