The former MP said that in 2014, Putin reportedly took a helicopter incident as an attack. 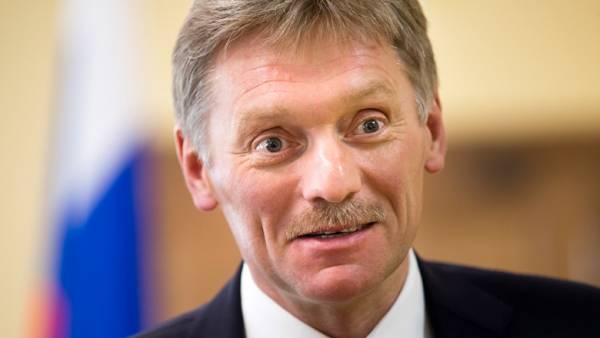 Press Secretary of the President Dmitry Pekov called nonsense statement given by the former state Duma Deputy Ilya Ponomarev in Kiev court about alleged in February 2014 the attempt on the Russian head of state Vladimir Putin.

On Wednesday, at the request of Interfax, Peskov replied to a question about how the Kremlin regard the statement of the former Deputy Ilya Ponomarev in the Ukrainian court that the decision to start the process of reunification of the Crimea with Russia was made by Putin after the incident with the helicopter on 22 February 2014. This incident, according to the former Deputy head of the Russian state supposedly perceived as an attempt on his life involving foreign intelligence services.

“This is nonsense”, — said Peskov.

Earlier Wednesday, Ilya Ponomarev gave evidence in the Obolon district court of Kyiv on the case of treason, ex-President of Ukraine Viktor Yanukovych.

In particular, ex-the Deputy told about the helicopter incident 22 February 2014, which he, according to him, learned from security personnel.

On Wednesday 14 February Ponomarev testified in Obolonskiy district court of Kyiv on the case of treason, Viktor Yanukovych.

In April 2015, the state Duma Ponomarev was deprived of parliamentary immunity and consented to the initiation of the criminal case against him. He was charged with aiding in the embezzlement of $ 750 thousand funds of SKOLKOVO. He virtually declared in the international search. His Deputy mandate was terminated. In June 2016 he’s got a mind for temporary residence in Ukraine.