The consequence suspects the money of the forward of Russian national team was kidnapped by the ex-Deputy of the state Duma. 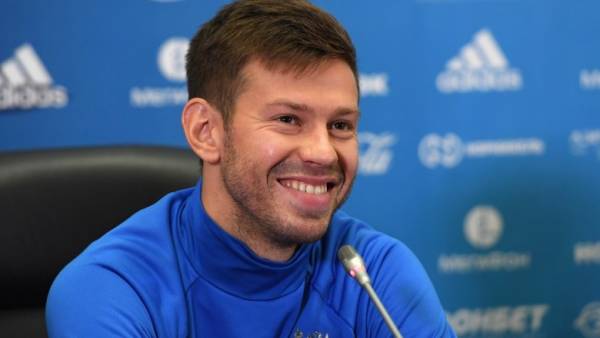 As it became known “Kommersant”, the TFR has opened a criminal case on fraud, which affected the forward of Russian national team and football club “Krasnodar” CSKA Moscow. The striker almost 200 million rubles. bought in the Moscow elite residential complex Knightsbridge apartment, which was pledged to the Bank.

Real athlete acquired from the infamous ex-Deputy of the state Duma from “Fair Russia” Ildar samieva, who is now under arrest for fraud with the suburban real estate a value of about $850 thousand Now in the case of the former legislator will be at least two episodes.

As follows from the materials of the criminal case, Fedor Smolov ex-Deputy Samiev left through his friend, businessman Ruslan Fakhriev last spring. The player was offered to buy an apartment of 194 sq. m in a luxury residential complex “Knightsbridge Private Park” in Khamovniki nearly 191 million rubles. While Mr. Smolov assured that this is a very good price as similar apartments in this building are 10-20 million rubles. more expensive. For example, now the developer offers three-bedroom apartment there of the same area for 213 mln.

Good discount the player explained the alleged fact that one of the co-investors construction “Knightsbridge Private Park” — LLC “Optima property management” is supervised by structures of mister, won two awards.

The contract of purchase and sale with the representative Fedor Smolov — his father Michael was signed on 16 March 2017. In this day of Smolov Sr., according to the investigative Committee, brought to the sales office RC “Knightsbridge Private Park” (St. Ephraim, 19) in various currencies about 163,5 million rubles, which was transferred to another Trustee of Ildar won two awards Rostislav Ilico.

The remaining amount the buyer was going to make, apparently, after registration of apartments in his name. However, registration of ownership rights, some unexpected problems arose. During this procedure, Fedor Smolov learned that they had purchased the property is in pledge at AKB “Communication-Bank”.