Thirty years on a leash

Often people don’t realize that their attachment to their parents — in fact, an unhealthy dependence, forcing them to live on an imaginary leash, even into adulthood and be completely independent. Samizdat correspondent Julia Dudkina is launching a research Institute of the Russian families with the study of separation — separation of the child from parents and establishing it as an independent person. Often this separation is not, as you would either is incomplete, only exacerbating an unhealthy codependent relationship with his father and mother, or — as painful.

The names of some characters of the text changed on request.

I’m seven years old. I still sleep with my mom. Or rather, I don’t want to sleep, but she holds me tight and says: “go to Sleep, silly”. I resist, but not for long. Mother knows I want to sleep, and I don’t know.

“I was twelve years old. I’m my mother’s best friend. She takes my hand and says “about everything”. I have nightmares, I write xanax. I have a “nervous breakdown because of problems in school.”

“I’m sixteen years old. I mother’s mother. She cries and tells me about his childhood, about how my grandmother treated her badly. I cry with her, we’re all alone in the world against all”.

I’m thirty years old, I’m not happy and I don’t understand why. I went to another country, but still call your mom and tell “about all”. Distance reinforced the feeling of guilt, the leash is stretched, tightened. In the program about the rescue of homeless animals have shown the dog, which wore a collar when she was a puppy. Now, when she grew up, he was covered with overgrown folds of skin and scar tissue. Cut it out, and now the dog all is well.”

Collar for thirty years, rooted deep. This is a very, very painful.News 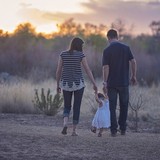 Children’s health is determined by the lifestyle of the parents

Writes about his life ina. Until last year she thought that she has one best friend — mother. They never had secrets. Mom could at any moment walk into the room of Inna, she knew all the details about your friends daughter, about where she is and what he does. Since Inna has moved to another country to study and work, she was constantly feeling guilty. After she left mom alone, and now she’s sad. “If I was going to the cinema or to meet someone of my friends, I thought about how my mother was alone and suffering — says Inna. Every time I meet a new person, I thought I should introduce him to mom. Because while we lived together, she was hanging out with all my friends, could write to some of them without my knowledge and ask for example to fix the computer. I thought it was in order. Just because we are friends”.

With the entire life she has suffered from nervous disorders and eating disorders. Sometimes life just is not wanted. Having moved from my mother abroad, she began to get sick often, depressed. But could never understand what her worries.

“I once went on vacation to his hometown and stayed at my mother’s, — says ina. — I took a shower and came out in a towel. Mom said I was very thin — she’s always been about the issues with the figure. I did not like that remark”.

I knew that not actually lose weight, besides, I didn’t ask her opinion and didn’t want she stared at me. I told her about it and she said, “You’re a part of me.” Then I freaked out, Packed my things and ran out of the house. I didn’t want to be a part of someone.

After this incident, Inna began to read psychological articles about family relations and found that there is the term “separation” — separation of adult children from the parental family, its development as an independent person. It turned out that not all people are this life stage. Some remain in a codependent relationship with your parents for years and sometimes a lifetime. Often this leads to depression and anxiety disorders, and many people manage to go through the separation with the help of a specialist. 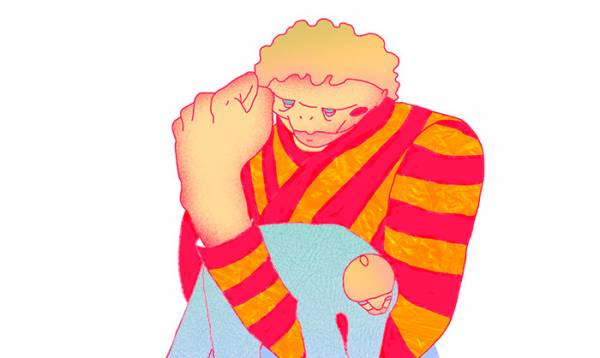 Family therapist Marina Travkovo works with clients for twelve years, and she many times faced with similar stories. “My feeling is that it was, is and will be, says Travkovo. — It happens that people have gone thousands of miles away from home and thinks that now he is independent. But you should see a phone call from mom as starts an emotional reaction”.

The desire to secede, the desire for autonomy is one of basic human needs. Years six or seven children begin to be ashamed of their nakedness, themselves, naturally, there is a healthy desire to establish their own personal boundaries. And if to one and a half to two years the child is dependent and lives in a symbiosis with the mother, the three began to form the “I”, all these “I” and the crisis of the third year of life. The separation process or the preparation for it is life.

It is clear that at some point parents will have to produce grown child “to life.” It is also clear that in the natural course of events once the adult child will have to live without parents, because they are not eternal.Article

What kinds of parents were well-known psychologists

But in some families this process is healthy, natural separation is delayed, fails. There are no direct nationality or ethnic group, but, perhaps, in modern Russia this problem is particularly acute due to cultural and economic aspects. Now there are different opinions about what constitutes growing up. Understanding the generations of our mothers and fathers “initiation into adulthood” for girls, marriage and child birth. For a young person — the opportunity to earn and support his family. Now many young people want to build a career, someone not committed to the marriage and not in a hurry to become parents. The old model of “initiation into adulthood” does not work, and new common no. Therefore, for many parents and grandparents “neprestannoe wee” is still small, especially if they are with an adult child living in the same area.

Moreover, in modern Russia there is a trend on traditional, Patriarchal values. “In a Patriarchal system independence is not really encouraged, neither in women nor in men, says Travkovo. — You need to respect your elders, not to argue with them. The education system from kindergarten teaches us that the caregiver or teacher is always right. He’s older means smarter. The society is not very interested in independent individuals”.

Traditional values involve inequality and power imbalance. If such an imbalance exists in the family, then the person can grow insecure and dependent, and to secede to him then and scary and difficult.Marina Travelweekly therapist

“Often girl, to skim, grabs the first relationship at a very young age, says Travkovo. But this is not always a good solution, is the replacement of one addiction with another. Often hasty marriage is falling apart after a few years, and the girl has to return to her parents, often already with a child. The problem is compounded because with a small child on hand to be self-reliant even harder”. 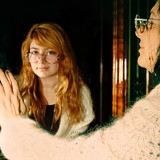 5 tips on how to accept aging

The second reason is the economic factor. In many Western countries, young people have decided to move out from their parents quite early. Someone immediately after school goes to work, or at least odd jobs to have pocket money. Many go to College or University, often youth takes shelter chipped. Separation is part of the culture, social history. In Russia such tradition is not, and it is difficult to afford. Many live below the poverty line, so that the child in the house is not even their own corner. And that, to rent a house, and not talking. So stay with parents often forced, and there are born all sorts of “while you’re under my roof follow my rules.”

Another reason is historical. Large losses during wars, repressions in Soviet times. People used to worry for each other and not to trust to others — to anyone except family members. Because it was believed that to betray anyone, not only parents and not children. Therefore the separation of the child creates great anxiety, and the family conscious or semi-conscious begins to look for reasons why he does not need to skim.

Besides, to admit that the child is an adult, is to recognize one’s own aging.

To accept that children do not need you Is very difficult if the children in the family became the meaning of life and parents no longer know what to do with each other, if not to have children. This so-called “empty nest syndrome”. And you can begin manipulation — through fear, guilt and shame: “you can’t do without us,” “how can you move out when the mother’s heart is sick”, “we are ashamed of your callous”. The child is assigned is responsible for the feelings of their parents. It is a painful trap: it is bad, and get out of it — so do bad parents.

Inna is a year goes to a psychologist. They have a lot to discuss past, a childhood spent with my mom. Many things Inna began to look with new eyes. “In the 15-16 years I have constantly felt a dull anger and did not know what angry. Around this age I began to fill his tattoo, she says. — I realize now that I lacked personal space. I belonged only to my body, and I wanted to prove that so it’s something I can do whatever I want. I grew up without a father, and the mother told how he used to torment her and as she had done several abortions. I knew all the intimate details of their relationship”.

For a long time I was not good communication with men, I feared them.Article

What was the childhood Elon musk

Inna realized that often she did not believe in their own achievements. When she went to study abroad, the mother said: “You know very well English. And all because I took you five years to school. Remember how we went there?”. Now Inna is trying to figure out what kind of person she really is: that it is his, and that inspired my mom. Does she not like to watch Comedy or is it mom their entire life didn’t love, and she agreed with it? “This is a difficult stage, and I cry every day, — says Inna. But in a sense, I became much happier. Maybe now I have a chance to live a little my life.”