Peskov told about the cold Putin

MOSCOW, February 13 — RIA Novosti. The press Secretary of the President Dmitry Peskov told about the health of Vladimir Putin. 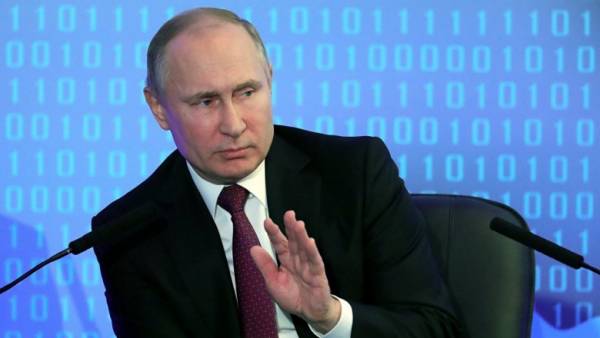 On the eve of the representative of the Kremlin said that the Russian leader was sick, but the work schedule is not affected. “Cold, but continues to work”, — said Peskov.

The President caught a cold, has confirmed it Sands. On schedule malaise is not affected. pic.twitter.com/fPH8nFhq0I

On Monday, the President met with the finalists of the contest “Leaders of Russia” in Sochi. During the opening of the event, Putin apologized said quietly. “I’m sorry, the voice a little bit hooked,” said the head of state.

Today, Peskov said that no serious illness is not Putin.

“In General, the schedule continues, but given that colds, the voice of the President — you heard. Well winter, you know,” added the spokesman.

He also reported that on Wednesday, the head of state is scheduled a few meetings and an international telephone call. Also there would be a meeting on microelectronics, but it was postponed, as the need to modify some materials.