Moscow. 14 Feb. INTERFAX.RU — Source reports of hundreds of dead Russians in an attack by the coalition in Syria are a classic misinformation, said a source in the Russian foreign Ministry. 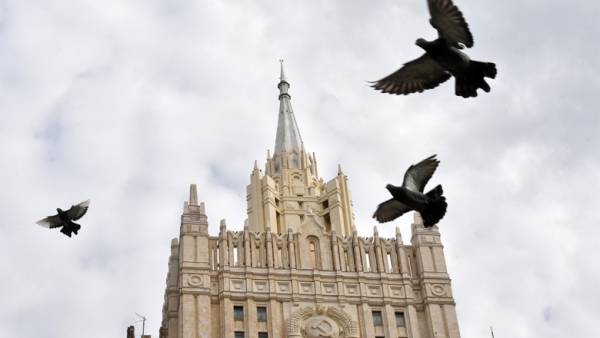 Earlier, CNN released a video of air strikes of the U.S. coalition under the Deir ez-Zor, the victims of which were citizens of Russia.

On the death of the Russians, not serving in the armed forces of the defense Ministry, it became known on Tuesday. One of them, “Interfax” was told by Eduard Limonov.

Also the reported death in Syria of four Russian citizens who, according to media reports, were not Russian soldiers. Their death presumably connected with the impact of the American coalition under the Deir ez-Zor.

So, information about the death on 7 February in Syria of the enterprise Vladimir Loginov appeared on the website of the Baltic separate Cossack district. In addition, the website of the newspaper “Vedomosti” with reference to activists of the Conflict Intelligence Team reported that in Syria 7 February killed Aleksey Ladygin from Ryazan Stanislav Matveyev and Igor Asaturov from Asbestos, Sverdlovsk region.