Russia will reform the system of secondary vocational education

The colleges will create regional centers not only for teaching school graduates, but also for retraining of adults. 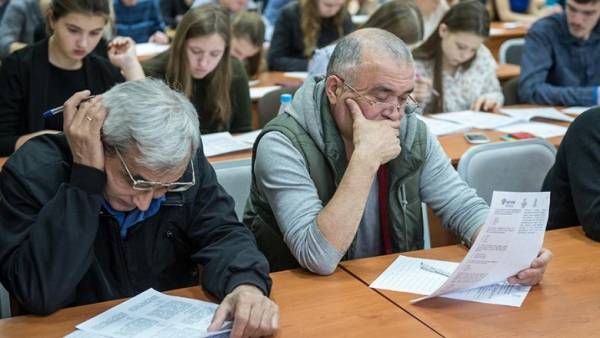 The Ministry of education is preparing a major reform of technical schools and colleges. The project of strategy of development of professional education in Russia is now in a high degree of readiness, have informed “news” the Deputy Minister of education and science Irina Potekhina. It is based on the creation of the colleges of the regional centres of occupational mobility, told “Izvestia” a source familiar with the contents of the document.

These institutions will educate not only yesterday’s schoolboys, but also adults who are faced with lack of demand in the labour market.

The draft reform of secondary vocational education (sve) was established by the results of the monitoring of the state colleges in the country. The main problem that was identified, is seriously outdated material base, have informed “news” the Deputy Minister of education Irina Potekhina.

“To change it now in all 3,5 thousand institutions SPO is not enough no money is very costly. And not always it makes sense: if we are changing the material base, in five years many things will become obsolete,” explained Irina Potekhina.

She noted that now, a draft strategy for the development of vocational education in Russia, but did not disclose details.

The interlocutor of “Izvestia”, familiar with the content of the project, said that he assumes creation in every region of the center of professional mobility on the basis of the colleges and technical schools. It will be a kind of regional “strongholds”. These centres will focus not only on school leavers, but also on continuing education for adults.

The question on funding sources and amounts that will be needed to create them, is now being discussed. It is expected that participation in logistical support will be taken, including employers.

According to the Deputy head of the Ministry of education, the demand for manpower at middle level is constantly growing, and in recent years increasingly from small and medium-sized businesses.

“And a whole new trend of startups. Especially sought after professionals in the IT field and health care providers. The emergence of new markets, for example, of social services, where required of the nurse, the governess, the governess. This is a private market, and they want to see people with special education,” said Irina Potekhina.

Recently experts of the Center of economy of continuous education (CANO) Ranepa has estimated that in coming years companies SPO is waiting for the influx of students.

In its current form it is not ready, they said in the report “vocational education. The status and forecast of development”, prepared for the government (the document is at the disposal of “Izvestia”). If current trends continue, by 2024, in technical schools and colleges will study 3.2 million students, about a third more than now.

The funding institutions of the SPO in the last years remains practically at the same level. According to data posted on the portal of the Ministry of education “Budget for citizens” from the Federal Treasury in 2015 they were directed 10.2 billion rubles, in 2016 — 9.9 billion, and in 2017 9.3 billion Regions, which have the basic authority to Finance the system over the last three years increased the amount of funding available — from 189 billion rubles in 2015 to 198 billion roubles in 2017.

According to experts of the Ranepa, it is unlikely in the coming years the regions will have the opportunity to significantly increase funding for technical schools and colleges.

“According to calculations, ZENO, in Russia, 41% of ninth-grade students plan to leave school and to enter College or College. In rural areas this figure reaches half in cities — 36%,” — said the Director of the centre Tatyana Klyachko.

In her opinion, if the system is left in its current form, the quality of secondary education will worsen, students will study in two or three shifts, and the output will not be anything to be able to.

And as a result, colleges and technical schools will be only one function — the “social box”. That is, they will take young people until they find a use.

The Ministry of education agree with the experts that in the coming years the demand for training programs act will seriously grow.

As a response to this challenge and is now being developed by the strategy for the development of vocational education, said Irina Potekhina.

Now in Russia training in SPE programs are more than 3.5 thousand of educational institutions, of which 60% — technical profile. The remaining 40% divided equally between the colleges of social sphere (health, education and culture) and services.

In 2015, the Ministry of education has launched phase of the reform of the higher education system associated with the Association of universities in the multidisciplinary “supporting universities,” which receive extended financial support. According to the developers, this should solve the problem of outflow of the most talented students in Moscow and St. Petersburg. At the moment in Russia there are more than three dozen “strong universities”.