In the Novaya Zemlya archipelago formed another island

MOSCOW, February 13 — RIA Novosti. Interregional youth project team, working under the guidance of the company “Rissat”, has discovered a new island formed by the melting glacier at the Novaya Zemlya archipelago, according to “Roskosmos”. 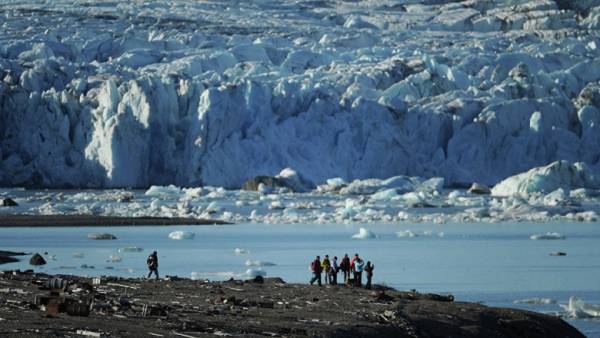 Island glacier Vilkitsky-South was opened by the students from the suburbs of Artyom Makarenko and Valeria Saenko, studying the images of the Arctic from satellites “Canopus-V” satellite, Landsat-7/8 and Sentinel-½. The first report of the discovery they made on January 31 at the all-Russia youth readings named Queen in Samara.

“The documents about the registration of a new geographic object has already been sent to the Russian geographical society”, — stated in the message.

According to the monitoring, the island was formed in December last year, when the front part of the Vilkitsky glacier retreated and the ice bridge connecting the island with the glacier collapsed.

This is not the first opening of the Russian schoolchildren in the Novaya Zemlya archipelago. In 2016, participants profile space changing in “Artek”, organized with the participation of Roscosmos found a new island in the Bay near the glacier Visa.

As noted by the Russian space Agency, the formation of such Islands is said about the acceleration of the degradation of glaciers of the New Earth. According to the calculations of students, from 2001 to 2015 the average annual rate of reduction in glacier area increased two times compared with the period from 1959 to 2001.