Big Dr. hunter. What is the common scientist of the XVIII century and Dr. Dolittle

13 Feb celebrates 290 years since the birth of the great scientist, amazing and scaring their discoveries and their experiments of Dr. John hunter. Which, according to one version, indirectly became the prototype of Dr. Dolittle. 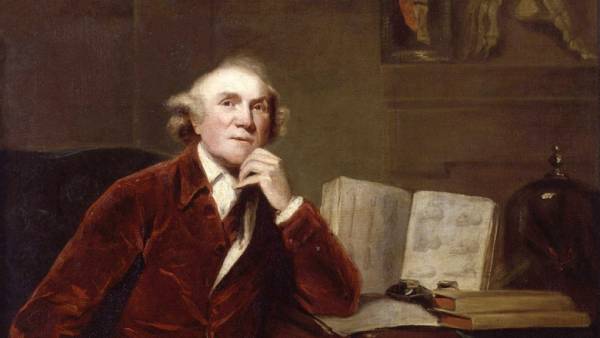 February 13, Dolittle turns 290 years! This statement ironic, since his famous poetic tale “the adventures of Dr. Dolittle” Korney Chukovsky wrote in the twenties of the last century. But we are talking about the real doctor who, as is commonly believed, through the literary medium has become the prototype of the famous a good vet. This British physician John hunter.

First Chukovsky he created this character when he wrote, “Barmaley” and prepared a paraphrase on the book Hugh Lofting “the Voyage of doctor Dolittle”. Character he was renamed in Dr. Dolittle, whose name is more understandable to the child’s ear, speaking in Russian.

And this Dolittle-Aybolit’s much more like a hero of all the famous poetic tales Chukovsky. Both doctors and veterinarians, both the free treat animals, and both went to help them in Africa. So Dr. Doolittle and the Doolittle twins-brothers. They are similar in their activities, philanthropic nature, they have the General outline of the adventure.

Then Chukovsky is often rebuked and accused of plagiarism. It was justified, and even created a few versions that doctor — not Dr. Doolittle, and that he invented it even before I read about similar doctor Lofting. It is not necessary to dramatize. In children’s literature and fairy tales is common, and talented retelling and processing can often be better than the original.

Who was the prototype of Dr. Dolittle, and, therefore, Dr. Dolittle? Himself Hugh Lofting kept quiet about this. But meticulous historians of medicine believe that Doolittle have a lot in common with Dr. John hunter, the founder of modern surgery. He was born 13 Feb 1728 in Scotland, and grew up a provincial Bumpkin, while in 20 years came to the eldest brother in London. He was already a famous physician and a scientist-anatomist.

He, along with his teacher and then rival, William sett (remember this name), considered the founder of obstetrics.

The elder hunter had his own private anatomical school, which for the money taught to medical students anatomy, obstetrics and surgery, dissecting corpses.

John so soon and quickly joined the family business that became the right hand of his brother, and then surpassed it. He deftly operated on, and was so fascinated by medicine that quickly became a famous surgeon. However, he remained very extraordinary man.

If the elder brother collected coins, the Junior collected all sorts of anatomical curiosities — corpses of the monsters, body parts affected, unusual skeletons. Moreover, not only human. In his collection was a mass of strange animals. For this, he even started his own zoo. Seeing a rare animal, he tried to buy it for my collection for any money, and if he refused, offered to do it after the death of the animal.