Voters will create a festive mood

The Kremlin is preparing stock for men and women. 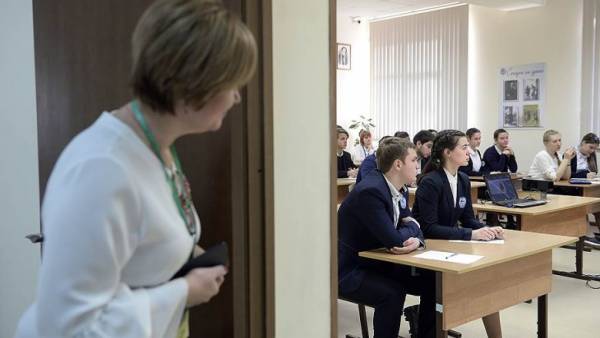 February 23 onf will conduct lessons of patriotism in schools, and on 8 March, the presidential administration (PA), as in the past year, encourages officials to congratulate the women. Congratulations to them and President. Kommersant’s sources close to the AP, saying that the action is to create a “positive background of the election campaign” and is designed for the older generation. Polls of fluctuations in the rating of Vladimir Putin in this group fixed.

February 23, the people’s front initiates in schools “Lessons of courage”. Students will present the lessons with the participation of veterans and military projects about how to serve their families. March 8 in schools according to the same scheme will be the lessons “My family, my origins.” “We looked at the statistics, approximately every second family has a military. Women often store a history of a sort. As you prepare, children will listen to stories of parents. We will create a positive background of the election campaign for a Mature electorate and the senior generation”, — said “Kommersant” one of the organizers of the shares. The head of the Executive Committee of the popular front Alexey Anisimov (the Deputy chief of staff of the headquarters of Vladimir Putin) told “Kommersant” that the “Patriotic” projects “are traditional”, and at the headquarters of Vladimir Putin “my work plan”.

March 8 will be re-organized action #favorite. The interlocutor of Kommersant, close to the AP, said that by the end of last year, she was considered successful. Then AP advised officials, governors, deputies to congratulate women on the holiday, Vladimir Putin then read poems by Konstantin Balmont.

The interlocutor of Kommersant said that on 8 March, the President “is preparing a surprise,” but declined to disclose details, “otherwise women wouldn’t be interested”.

As explained “Kommersant” a source close to the AP, at a meeting in the Kremlin discussed new projects within the platform of “Russia — country of opportunities” for young people. The first Deputy head of the AP Sergei Kiriyenko asked the participants not to forget about the nuclear electorate of the President. “The older generation are not always satisfied with the level of social justice, but they are willing to accept, if they are confident that their children and grandchildren with a future all right”, — explained “Kommersant” a source in the AP, noting that direct targeted projects for this social group “also needed”.

“I don’t see Putin settling in the group older than 65 years, there support is above 80%,” — said the Secretary of the Central Committee of the Communist party Sergei Obukhov. The level of support for Putin’s candidate lower than the national average (68%) in the group of people 40-49, and people close to retirement age by 1.3%, he said, citing polling data, the party Center of researches of political culture of Russia (conducted on February 8-9, among 1,5 thousand respondents in 60 regions, the error is 3.5%).

Among young people 18-24 years, the rate of the President is also below the national average of 1.7%, follows from the survey data. The Communists themselves are concerned that age are losing supporters. “They watch TV, our promotional products have never reached before,” says the Communist.

The head of VTsIOM Valery Fedorov told Kommersant that sociologists do not record fluctuations in the older age group. “So far in its corridors. Perhaps there are vibrations in two weeks before the election, when usually begins a massive advocacy and information campaign”, — he said “Kommersant”. The head of the Fund of development of civil society Konstantin Kostin does not see Vladimir Putin with a specific threat in any of the social groups. “Nuclear electorate and nuclear to his hesitation was minimal,” — he said “Kommersant”.