The helicopter caught fire during hard landing in the Tomsk region

Moscow. 12 Feb. INTERFAX.RU the Mi — 8 Helicopter made a hard landing and caught fire in the Tomsk region, have informed “Interfax” in emergency services. 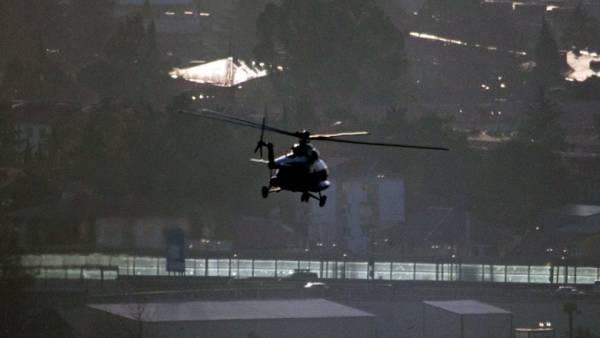 “The Mi-8 helicopter carrying a patient and medical personnel, made a hard landing in 100 km from the city of Swan. The crew flies past the other helicopter reported that he saw from the air lying on the ground the fuselage with traces of fire and of the living people around”, — said the Agency interlocutor.

It is reported that all on Board the helicopter were six people.