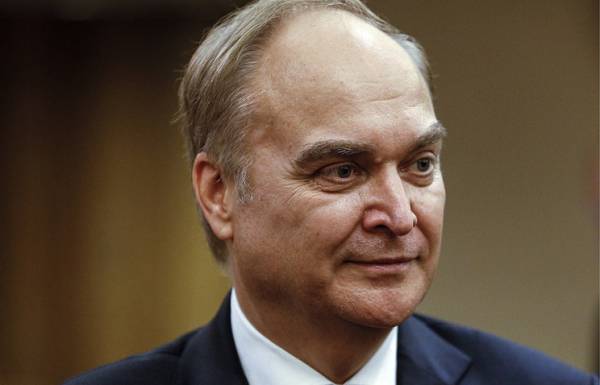 WASHINGTON, February 13. /TASS./ Overcoming the negative trends in relations between Moscow and Washington is at this stage, one of the primary tasks for Russian diplomacy. This was stated by Russia’s Ambassador to the U.S. Anatoly Antonov, speaking on Monday evening at the reception. The event was held at the Russian Embassy in connection with the celebrated February 10, the day of the diplomatic worker.