A senior from Primorsky Krai read the lesson of literature obscene poem supposedly authored by Mayakovsky, and immediately became famous all over the country. About this event wrote all the national media, in school are going to inspect, on the verge of dismissal, case comment, state Duma deputies and regional officials. The editors of N + 1 asked folklorist Michael Lurie from the European University in Saint Petersburg to explain why there are such poems, and how they take students. 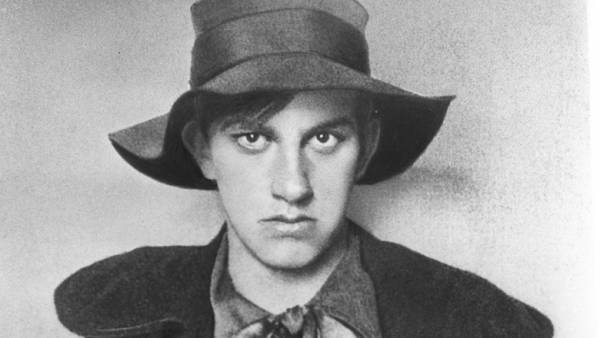 Exactly what this text has nothing to Mayakovsky. Moreover, Mayakovsky, contrary to the opinion of today’s schoolchildren were not fond of ribald poetry.

The linguist Roman Jakobson, a close friend of the poet, in his memoirs wrote: “Mayakovsky was proud to have never written a ribald poem. In addition to such couplets as: “you Cannot climb the goat Elsa is punished!” or “Healthy Jadwiga Elsa — fidgeting and moving.” Once Lilya (Lilya Brik — M. L.) asked Volodya if he could find a rhyme for the word “surgeon”. He said the girl had Asked the surgeon: What if dick horn?”(this quote can be found in the book “Roman Jakobson. Budetlyanin science”). These impromptu exhausted all “obscene” poetry of Mayakovsky, and they became known not so long ago.

Of course, in the poetry of Mayakovsky meet all kinds of meanings and allusions, allusions, for example, “Barkov’s Shadow” by Pushkin and other poems (this is a great article Maxim Shapira, but this is the hints and allusions.

Near the same Pushkin who has a body of uncensored poetry (“Tsar Nikita”, “Gavriiliada”, “Barkov’s Shadow”), Vladimir Vladimirovich — just the height of chastity. Nothing like the verses, read the lesson a student, he never wrote.

The teacher, according to “Komsomolskaya Pravda” questioned the authorship of the poet and made an attempt to attribute these verses, saying that their author is Oleg Grigoryev. But it’s not. Oleg Grigoryev also every attribute, for example, believe its author or progenitor of a whole genre of folklore — the so-called “sadistic poems”, but it’s nothing to do with reality has not.

Texts that read this girl — this is pure folklore. People of my generation remember a similar verse “under Mayakovsky” and “Yesenin” school years. They and similar fixed quite a while ago: one of those obscene stylized Mayakovsky mentioned in his autobiography Andrei Sergeev “the Album for marks” (see his book “OMNIBUS”), and there we are talking about school folklore mid 40-ies. My colleagues and I involved in modern children’s folklore, in the late ’80s and early’ 90s, many of them recorded, some of which I later published in the book “the Russian school of folklore”, released in 1998, about them it is very old in my article “About the school of obscene poetry” in the book “School life and folklore”, published in Tallinn in 1992-m to year.

This kind of “indecent” parody — deliberately “reduced” (“carnival”, Bakhtin) stylization of classical texts was common and prevalent in many communities, particularly schools, for which the actual General book culture and, in particular, “imposed classics”.

In schools, in seminaries, in universities. Many centuries in the Christian clerical folklore famous parody on the sacred texts, prayer and worship.

Well, the tradition of literary parody as such certainly played a role in the emergence of these texts. In the first half of the twentieth century was quite a lot of poets, fond of parodies, for example, the famous literary parodist Alexander Arkhangelsky; there was a company of writers, issued in 20-ies of the very famous collection of literary parodies “Parnassus on end” where they practiced the play (exaggerated, of course) the poetic style of many poets, from the ancient to the contemporary. All of these texts of pseudopackage — like styling, and one (“the masturbators national Anthem”) as the source has a particular the poem “Left March”.

Obviously, the teenage folklore these literary games caught exactly because they target becomes their curriculum with a clear set of “high” textbook authors and texts. It is clear that the function of parody decrease well-practiced in this kind of folklore.