The foreign Minister of the Netherlands Halbe Zijlstra admitted that he lied about meeting with Russian President Vladimir Putin in 2006. This was stated on Monday the Minister who worked at that time in the company Shell, whose words are quoted by the newspaper De Volkskrant. 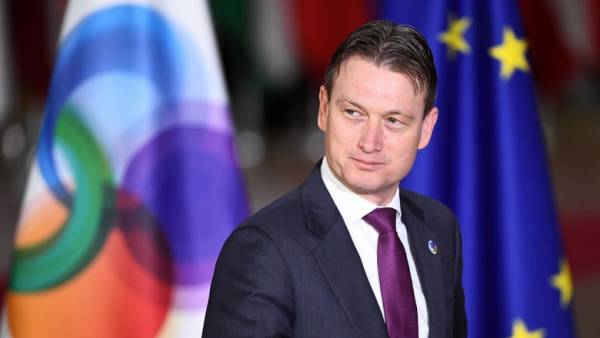 Previously, Zijlstra said that he was present at the meeting at Putin’s dacha, during which the Russian leader allegedly said that he considers Belarus, Ukraine and the Baltic States as part of the “great Russia”.

In his statement, the Minister admitted that he was not at the meeting, and was in the next room and heard this story told by someone else as a joke.

“I decided that this is an important geopolitical story that can have serious consequences, he said. — So I decided to tell it from their face in order not to reveal the identity of the person who really was there. Because it could have consequences for him or his company.”

The Minister admitted that “it was unwise decision” and added that “should have acted differently.”

In turn, Prime Minister of the Netherlands mark Rutte said that Zijlstra was unwise, adding that he should remain at the post of foreign Minister.

“It was a foolish approach,” said Rutte. “But it was an important piece of information which drew his attention”, — quotes the words of the Prime Minister of the Netherlands broadcasting Corporation.

Tuesday Zijlstra expected to arrive in Moscow for his first meeting as Minister with the Russian foreign Minister Sergei Lavrov. One of the main topics of discussion is the investigation of the crash Boeing in Ukraine in 2014.