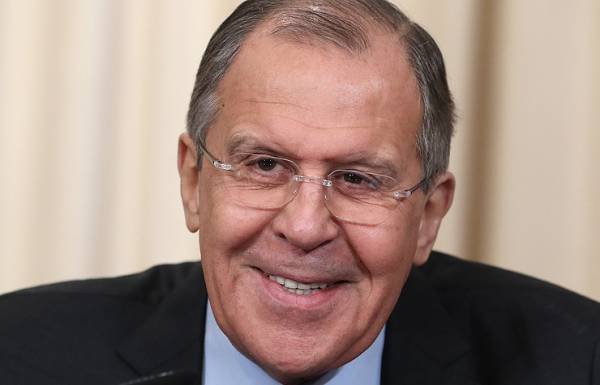 MOSCOW, February 10. /TASS./ The Minister of foreign Affairs of Russia Sergey Lavrov is widely known as a professional with a capital letter and strict negotiator, to which respect foreign colleagues, even from those countries with which relations in this period warm you will not name. As evidenced by the results of the conducted among Russians, polls, Lavrov has repeatedly proven to be one of the most popular of Ministers. The love of the people the Minister has earned not only the ability to defend the country’s interests in the international arena, but also witty remarks and jokes, which instantly spread across the Internet.

About how the head of the guardian wins the applause, puts his own jokes to a standstill even seasoned journalists and, in General, for word in pocket not go, we should also remember to celebrate Saturday the Day of the diplomat, because diplomacy is…

Lavrov in June of 2017 visited Kaliningrad, where he met with students of Baltic Federal University of Immanuel Kant. The audience were predominantly young and modern, and although questions were asked on the topic of the day, found a reason for humor.

On this occasion, the Minister debunked the famous myth about what profession is the most ancient: