TOKYO, 10 Feb — RIA Novosti, Xenia Naka. The President of South Korea, moon Jae-In held Saturday a meeting with a delegation from North Korea headed by the formal head of state, the Chairman of the Presidium of the Supreme Assembly of the DPRK Kim Yong Nam and the delegation included the sister of North Korean leader Kim Yu-Jeong, told Yonhap news Agency. 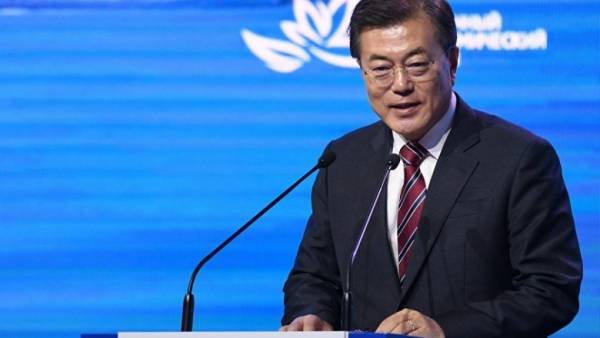 The level of the delegation was the highest since the end of the Korean war. Also the first in the history was the visit of a family member the leader of the DPRK to South Korea.

The head of South Korea met with the DPRK delegation at the presidential Palace. The parties exchanged handshakes. The delegation, invited to the Palace, enters the chair of the Committee for the peaceful reunification of the Motherland, Lee Seon Gwon and Chairman of the state Committee for physical culture and sports, CVE Hwi.

After the meeting, the parties will go for lunch, who arranges the President of South Korea in their honor.

The delegation arrived in South Korea on Friday, attended the opening ceremony of the Olympic games in Pyeongchang, and then was invited for dinner. On Sunday, the delegation will finish the visit and go home.

In the Olympics in Pyeongchang will be attended by 22 North Korean athlete. From the DPRK arrived a few hundred fans and the band “Sanjian”. He spoke in Kannyn 8 February and Sunday will give a concert in Seoul at the events dedicated to the Olympics.

Olympics in South Korea’s Pyeongchang held from 9 to 25 February.