Why the world remembers the birthday Striptease. 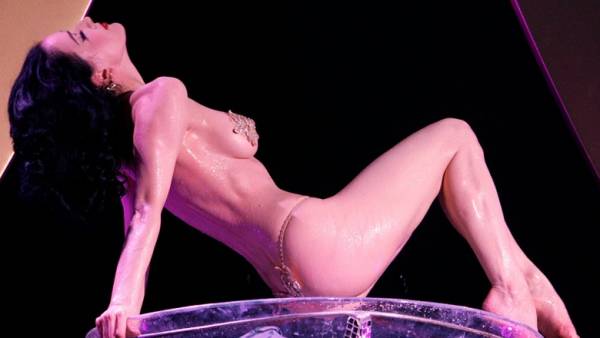 On Friday, February 9, marks exactly 125 years since the moment when the world was first shown the strip. During this time a dance with Stripping turned from strongly decried public indecency in an integral part of modern pop culture. Details — in the material of the portal iz.ru.

Generally speaking, the evening of 9 February 1893 respectable Parisians were concerned about a completely different news, serious, albeit controversial: 87-year-old Viscount Ferdinand de Lesseps, his son Charles and several accomplices were convicted of fraud “of the Company of the Panama canal” and sentenced to imprisonment and fines. 800 thousand of the French, invested in the company lost nearly half a billion francs, and the word “Panama” for a long time came into use in the meaning of “fraud”. But it is unlikely that all of this thought, the students of fine arts, the inhabitants of the Latin quarter and Montmartre, EN route to the newly opened place called “Moulin Rouge”, the second in the history of the city of the four arts Ball (Bal des Quat’z Arts).

A slap in the face of public taste

The masquerade was organized on the initiative of Henri Guillaume, Professor of architecture at the National higher school of fine arts and after the “premiere” a year earlier received from local bourgeois reputation as a “wild Saturnalia”. But what happened that night surpassed all possible limits of tolerance. Students came to the festival with her friends, for decency’s sake called “models” (although for the most part the girls really worked, for painters and sculptors). The culmination of the party was the spontaneous performance of some of Sarah brown, a red-haired 23-year-old beauty, known in artistic circles as the “Queen of Bohemia”.

At midnight she jumped on the table and the sound of the orchestra began to drop off her clothes, writhing in ecstatic dance. So, according to many, took the world’s first Striptease.

The students were enthusiastic, the guardians of morality — not very. The next morning Sara was arrested by the police for lewd behavior in a public place. Young creators responded with defiance — that is, quite simply, went to smash the Latin quarter. The order was achieved only after a couple of days, but the traces of “Queen of Bohemia” since lost. Many believed that she killed herself under arrest.

The story is beautiful and even tragic, but, alas, most likely, are related to the category of legends. To begin with, Sarah brown (her name was actually Marie-Florentine face, or perhaps Royer — girls of her social position is not particularly care about the birth certificates) was not the only Nude that night.

The decoration of the hall served as a “living sculpture” (of course, female) painted — body- today this would be called body art. Suicide it is also not proven — it is possible that face/Royer just went away from the capital. And student riots occurred then in the Latin quarter without any reason in the best medieval traditions. To the organized riots of may 1968 were still very far away.