Russian President Vladimir Putin at the Congress of the RSPP suggested that the main beneficiary of NLMK Vladimir Lisin to edit the old joke about the tractor. 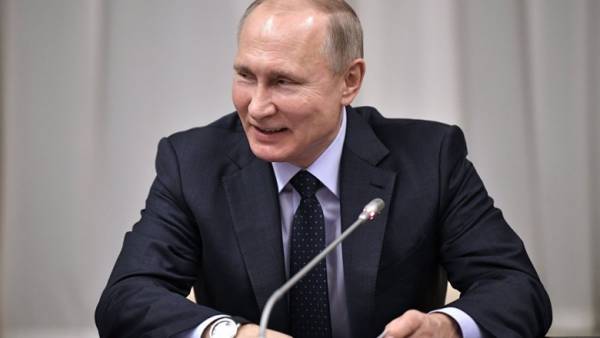 Lisin, during his speech repeatedly provoked approving laughter in a hall, at some point, he decided to tell “the old Soviet joke, everyone knows.” “Farm, there is a meeting, the Chairman rises and says: we have a problem — the crop on the nose, and the Smith took to drink, something to do,” began Lisin.

On in its history there have been suggestions of meeting participants: treat the blacksmith, to deprive him of his prize, to fill the face, but as a blacksmith on the farm was one of the proposed solutions to the issues rejected by the Chairman. “Stretched hand and let him iznasiluem. The Chairman said: what are you crazy, what kind of suggestions? Stretches second hand: let’s iznasiluem tractor. And why the tractor? We have two of them,” brought to its logical end the story Lisin, concluding that “sometimes we therefore make decisions.”

“Volodya, well I would say about a milkmaid at least. Where you pull something?”— reacted to this story Putin.

The President was joking. How to change the humor of Vladimir Putin