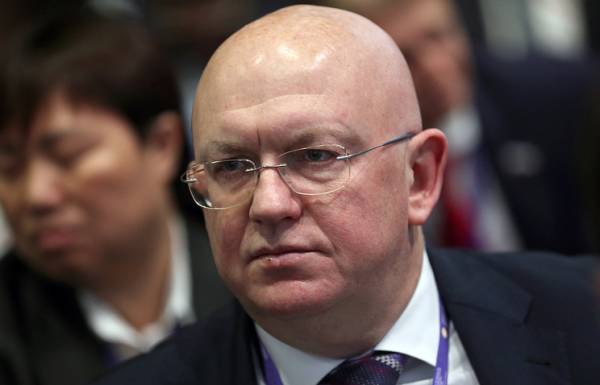 UN, February 10. /TASS./ Permanent representative to the UN, Vasily Nebenzia sees no chance of adoption in the near future the Security Council of the Russian draft resolution on the investigation into chemical attacks in Syria, as the United States consider it “flawed”. He stated this on Friday to the Russian journalists.

“We never stopped to think about the fact that we need an independent mechanism to investigate chemical incident in Syria, therefore, we have proposed a new resolution, which is now in the stage of expert discussions, but, frankly, the prospects of its adoption in the near future I don’t see, given the position of the Americans,” – said the diplomat.