Lavrov said belong to Russia in the world

MOSCOW, 10 Feb — RIA Novosti. Most of the world consider Russia as a natural guarantor of global stability, said Russian foreign Minister Sergei Lavrov in his congratulatory message to his colleagues on the occasion of the diplomatic worker. 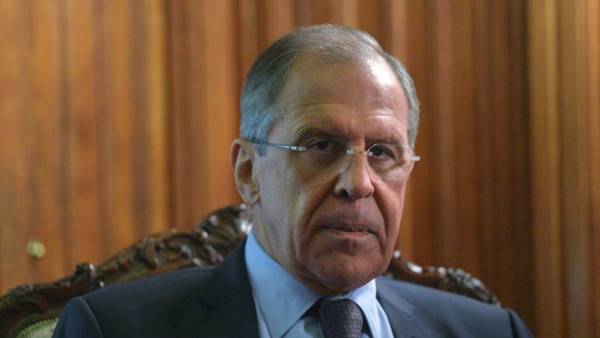 “The vast majority of countries in the world consider Russia as a natural guarantor of global stability and protector of the key principles of interstate communication, such as the rule of international law, the Central role of the United Nations, the sovereign equality of States, respect for the identity of peoples, and their right to determine their own path of development,” — said Lavrov.

He noted that today Russia is increasing its “constructive engagement in a variety of formats with numerous foreign partners on all continents, helping to create a favorable external preconditions for a dynamic internal development of the country”, as well as promoting a constructive agenda aimed at “the unification of efforts of all world community in the face of terrorist threats and other global challenges.”

Our independent national interests line in world Affairs relies on the support of the Russian society. No threats and pressure to its revision will not.Sergey Lavrovgave the Ministry of foreign Affairs of the Russian Federation