Putin and Erdogan discussed the importance of adhering to Astana agreements

Russian President Vladimir Putin and Turkish President Tayyip Erdogan has discussed the importance of clear and strict observance of agreements in Astana on Syria, the press service of the Kremlin. 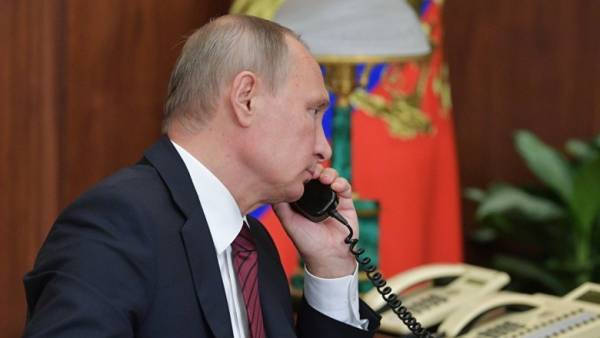 “Accented the importance of clear and strict observance of agreements in Astana on the establishment of a de-escalation in Syria. Parties confirmed their mutual commitment to political and diplomatic settlement on the basis of resolution 2254 of the UN security Council — in line with the decisions on the 30th of January the Sochi Congress of the Syrian national dialogue”, — stated in the message.

It is emphasized that the two presidents noted the importance of continuation of joint work of Russia, Turkey and Iran on the Syrian track. In addition, during the conversation the sides discussed prospects of new contacts in this format at different levels.

Armed conflict continues in Syria since March 2011. Settlement is discussed at the sites of Astana and Geneva. Astana takes the negotiations on the military dimension of the Syrian settlement from January 2017. During this time a Memorandum was signed on the establishment of a de-escalation in Syria, it was agreed position on joint task force for monitoring the cease of hostilities in Syria, there have been a number of other arrangements that allow you to start a conversation on a political settlement.