The FBI informant associated with investigation around the canadian company Uranium One, gave written testimony to the three committees of the U.S. Congress, which issued a statement that Moscow in the framework of a uranium deal with Washington in 2010, was sent to the United States millions of dollars to restart Russian-American relations, told the newspaper the Hill, read the text readings. 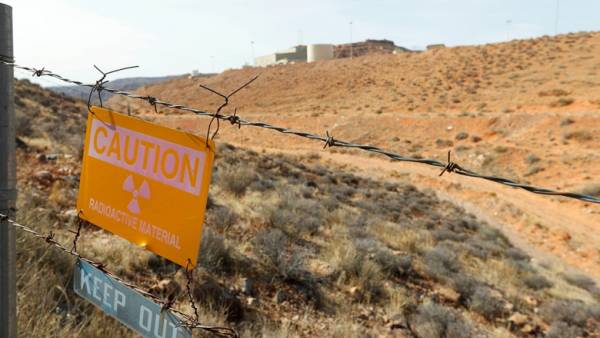 The informant Douglas Campbell (Douglas Campbell) said, with reference to the representatives of the Russian officials from the nuclear sector that funds transferred to Moscow, allegedly went to the charity Fund of ex-US President bill Clinton’s Clinton Global Initiative, which allowed to influence the administration of President Barack Obama through his Secretary of state Hillary Clinton.

According to the testimony of Campbell, in Moscow hired a lobbying company APCO Worldwide and has paid her fees for lobbying services in the amount of $3 million a year. Some of these funds were supposed to go to the bill Clinton Foundation.

“The contract meant payment in the amount of $750 thousand per year. APCO was free to support Clinton Global Initiative in efforts to create favourable conditions to convince the Obama administration to take a positive decision in all matters: from Uranium One to the agreement on nuclear cooperation with Russia”, — leads edition of the words of the informant.

Representatives of APCO told the newspaper that their cooperation with Russia and payments to the Clinton Foundation are not connected, and have dealt with various departments of the company. Also, the company stressed that a cooperation agreement with Moscow was not part of a lobbying deal for Uranium One.

In turn, the spokesman for Hillary Clinton said that the testimony of Campbell is used to divert attention from the investigation by Robert Mueller the possible relations of President Donald trump with Russia.

In 2010, the Obama administration approved the transaction on purchase of the Russian company “Rosatom” canadian Uranium One. As Secretary of state when Obama took Hillary Clinton. In the United States was hit by a serious scandal associated with the fact that Clinton not only made a deal whereby a major producer of uranium for the American nuclear energy Uranium One actually passed under control of the Russian government, but received suspicious amounts of money associated with management of the company. President Donald trump said earlier that the decisions of the United States “give Russia 20 percent of its uranium.”