Police have learned to identify criminals in the crowd

Chinese police began to use glasses with built-in face detection technology. As reported by South China Morning Post, in just a few days, the gadget proved itself in. 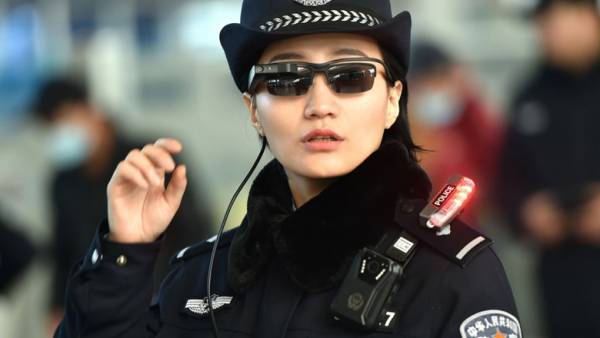 Working day sunglasses has allowed to reveal in public places seven fugitives from justice. They impute the wrongful actions against other citizens of China (including trafficking). The gadget is able to record 26 cases of fraud that have occurred in the field of view of the police, wore glasses.

The device was developed especially for police officers. After scanning of faces the image data received on the gadget connected to the tablet, where the database is located the suspects. The coincidence data, the police can detain the potential offender.

Basically, the device is used at railway stations. According to statistics, every day each station uses from 70 to 120 thousand people. Sending the gadget to the police coincided with the so-called countnum (chunyun) is the period of Chinese new year holidays, when loading a transport nodes increases several dozen times.

In the Russian segment of the Internet images of the gadget have become one of the most discussed posts on the site Pikabu. Users called the invention of a fantastic and necessary in the Russian reality, but not without jokes. Some commentators have suggested that such apparatus need them, as they are not able to distinguish faces of people in Asian countries.