TOKYO, 8 Feb. /TASS./ Japan believes that the development of Russia’s new nuclear weapons forced the US to join in the race with her. This position on Thursday during the debate in the national Parliament expressed the Minister of foreign Affairs of Japan Taro Kono. 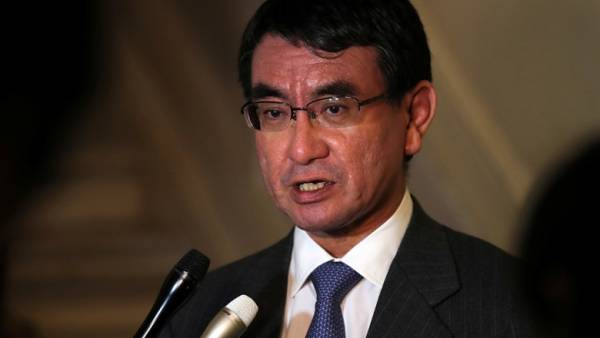 “Instability in the current world of nuclear weapons make the United States, and Russia, which, following its military doctrine, leads the development of tactical warheads with low-yield warheads,” said Kono. According to him, Russia “has put US in a situation that they had to start the development” of such weapons.

At the same time, the head of the Japanese foreign Ministry expressed confidence that “the development of such weapons is the US, not in order to use it against North Korea”.

In last week’s updated nuclear doctrine of the United States set out plans to reduce the power of them in the presence of nuclear warheads for ballistic missile submarines, and development of cruise missiles of sea basing with nuclear warheads.

From the perspective of the strategists of the Pentagon, this cruise missile will allow US to provide “non-strategic [nuclear] regional presence.”

According to the developers of the doctrine, its creation does not violate the provisions of the Russian-American Treaty on the elimination of intermediate and shorter-range missiles (INF Treaty). Moreover, this missile, as stated in the document will become a form of US response to “Russia’s violation of” the INF Treaty.