The financier has transferred £400 thousand Fund, campaigning against withdrawal from the EU. 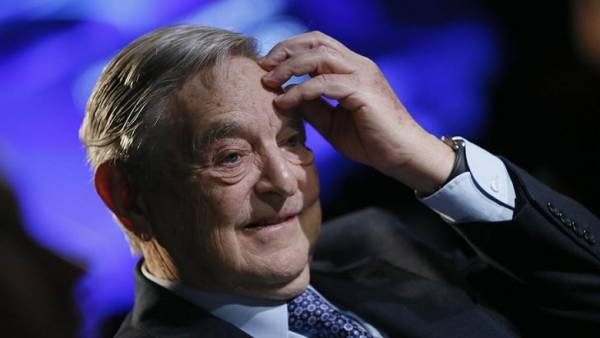 Known financier George Soros, who received in the early 1990-ies famous by the attack on the British pound, has again turned its attention to the UK. This time he decided to help the British public to organizations that are against the country’s withdrawal from the EU and listed them £400 thousand

On the transfer of large amounts became known from the public organization Best for Britain, which opposes the country’s withdrawal from the EU. “Funds of George Soros and other major donors have made significant donations to us, — said the Chairman of the organization, a former British diplomat and ex-Minister of labour Marc Malloch-brown. Through its funds, he (Mr. Soros.— “”) We donated £400 thousand”.

Public organization Best for Britain was established in April last year, his goal she calls “an open door for the UK in the EU.” The organization is engaged in propaganda among the population, and urges the British Parliament not to vote for “hard” “Brakcet”, believing that it will harm the British economy and labour market. Its maximum program, the organization sees the organization of a second referendum about Britain’s membership in the EU.

Reports of significant donation of George Soros in the British public organizations has caused a wide resonance. As you know, George Soros is one of those financiers, who in the early 1990-ies had “attack” against the British pound and the Bank of England, earning about £1 billion.