“Death of Stalin” the court will consider

The Syktyvkar city court has accepted to consideration the claim of local human rights activists consider illegal revoking the license from the film “Death of Stalin”. Court hearing scheduled for February 15. The plaintiffs indicate that the information gap in the film is not contained, and “to make a film that will definitely please everyone, impossible.” In their opinion, the ban on the demonstration “Stalin’s Death” violates the Russian Constitution and the European Convention on human rights. The Ministry of culture of the Russian Federation and the distributor of the film “Volgofarm” claim not comment. 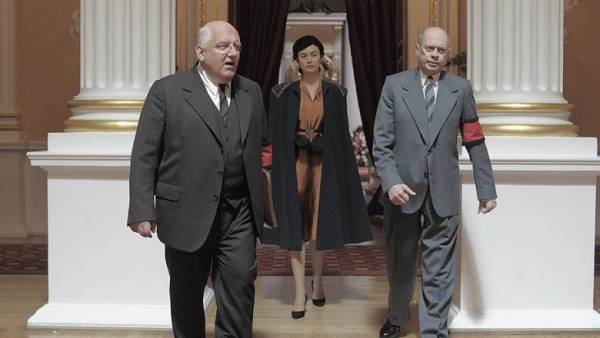 To the court asked the lawyer of the Fund “Public verdict” and Board member of human rights Commission “memorial” (Syktyvkar) Ernest Mezak along with photographer Roman Golosuem. They believed that they had been illegally deprived of the opportunity to watch in theaters new movie Armando’s Iannucci. The lawyer stressed that Mr Goloson even managed to buy five tickets to the capital’s cinema “pioneer”, but I couldn’t watch the movie due to the cancellation of the show. We will remind, on 23 January, the Ministry of culture revoked the previously issued rental license of the “Death of Stalin”. The head of the Ministry Vladimir Medinsky called the film “a mockery of history” and the public Council under the Ministry asked the Prosecutor to check the film on extremism. After that, the organization “Kinosoyuz” declared intention to sue the Ministry, naming a distribution certificate an instrument of censorship.

“In General, the art of cinema is such that it is impossible to make a film which will definitely please everyone. In any film someone something will offend, — said Mr. Mezak.— Those who like Stalin, just can not go and not watch this film. And any prohibitions from the evil one. However, the Ministry of culture of Russia has decided for all the Russians that this movie should not be shown”.

Defenders believe that revoking the license violates Russian and international legislation. “We have analyzed the statements of the Ministry and found that the legal arguments they have. Yes, the Minister refers to paragraph 20 of the rules of issuance of licences — there is provided an opinion of this document if a public demonstration of the film took place information prohibited by Federal law. However, the link to the rules is untenable, because the release occurred prior to a public screening of the film, says the lawyer of “Memorial”.— In addition, it is unclear what specifically in “Death of Stalin” contains prohibited information”. In his opinion, the prohibition of the screening of the film violates article 44 of the Constitution, which stipulates the right of every citizen “to participate in cultural life and access to cultural values” and the European Convention on human rights, which protects freedom of expression. He added that the decision of the Ministry of culture to send the film additional review “indicates uncertainty in its position”.

Mr. Mezak said he sent a claim to the Syktyvkar court precisely because this region was formerly a territory of the Gulag. “Here, every family has suffered in the era of repression ancestors, and I want to believe that the court is able to see the objective picture of what is happening and make the right decision,” he said.

The meeting is scheduled for February 15. Yesterday neither the Ministry of culture of the Russian Federation, nor the distributors of the film “Volgofarm” did not comment on the lawsuit. The first Deputy Chairman of the culture Committee of the state Duma Elena Drapeko, earlier criticized the film “Death of Stalin”, told “Kommersant” that “the citizens have the right to go to court”. “This whole situation shows that some issues in our cultural life is not settled law, she said. The Ministry withdraws the movie, some citizens are happy, but others are not. So, we need some order to clearly resolve this situation”. The MP admitted that the court might listen to the arguments of defenders. “If the citizens of the court will win, then they will see the chance they have,” said she.