“To be not only best but its»

Hard way from a simple Manager in the “Leaders of Russia”. 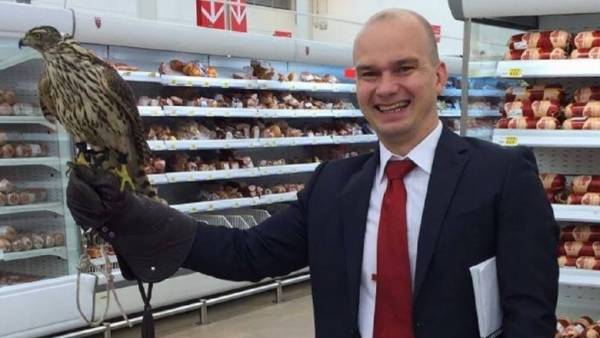 Sergei Khrushchev 38 years. He was born in the town of Arti of the Sverdlovsk region in the family of a locksmith. His father worked at a local factory, which produces ordinary braids. All his life — the path to the dream. Sergey is an experienced top Manager in a large international company, a father of two children, but still is in search of new horizons. The final of the contest “Leaders of Russia” represents a new phase in this search.

The leader among peers

Sergey grew up the son of a locksmith in the Ural working village, where it was dangerous to walk in the evenings. The boy was engaged in Sambo-wrestling and football. From peers, it featured a love in the library, where Khrushchev was filled with writings about world history, dreamed of traveling around the world. However, a reality, Sergei is not lost. Was the leader of the class, that is, I got a’s in subjects and twos for the behavior.

In high school, Khrushchev opened a special ability to Humanities and languages. And he decided to become a specialist in international relations, to work in the foreign Ministry.

By this time Sergei also won prizes at the regional Championships in Sambo, and when it came time left the sport to completely immerse yourself in the study.

The guy graduated from school with gold medal and entered the Ural state University, historical faculty in a direction “international relations”. In the University group, he also became the leader and official head. I had time to learn, and friends to the disco to go where sometimes participated in fights. Of course, for the right cause.

However, Sergei is still lived a carefree life eternal student. Even during his studies, he tried to find yourself in a professional way, to earn. The first attempt was unsuccessful. “I tried to sell some trips, went to companies. But no one wanted it,” recalls Khrushchev. All required people with experience, and where he was to take, the young people did not understand. “But some of my friends came up with the idea all enterprises and firms of Ekaterinburg to send by Fax an offer to take us on a field trip to the peak. So I managed to get a job in the best hotel of the city”, — says Sergey.

Then Khrushchev was able to get a job at IKEA in Ekaterinburg. It was his first managerial experience. “It’s pretty hard to talk to you with subordinates that are older than you in age. But there, in IKEA, I was faced with a systemic approach to working with the staff and began to learn this science,” he explained.

From Paris to Kazan

Sergei felt a surge of energy, took the position of Manager in the network “Auchan” and just have devoted themselves to this work. Began moving from city to city. “Then it was very important to me a year-long internship in the suburbs of Paris, where I again started with a simple employee of a trading hall. Local managers I was first unpleasantly surprised. His special meticulousness. They seemed completely didn’t trust people. On the morning planning meeting the employee to paint in increments of half an hour — who and what is what time does when going to lunch and so on. And then another Manager every hour during the day, calling a subordinate and asked what he had done and so forth,” he says.