In Russia will create grenades for CCTV 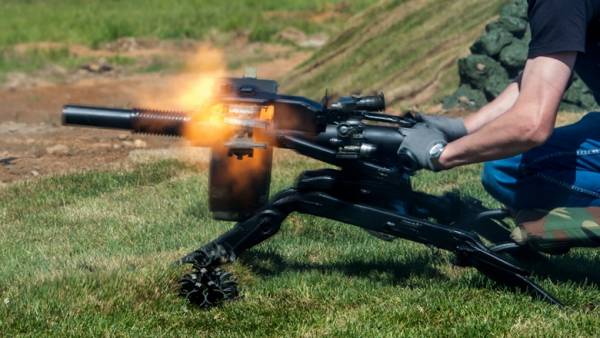 Scientific-production Association “Pribor” intends to develop a series of special grenades with electronics for the advanced grenade launcher “Balkan”. In an interview with the Agency TASS said General Director Yury Nabokov. According to him, special ammunition includes grenades with cameras for surveillance and electronic warfare systems.

Currently in service with Russia is several types of grenade launchers. They all use the grenade rounds of the same classes: smoke, gas, stun, heat, fragmentation and thermobaric. At the same ammunition with complex electronics, e.g. programmable system remote detonation, the troops yet.

“Device” is developing a grenade launcher AGS-40 “Balkan” since 1990-ies. This 40-millimeter machine gun has a mass of 32 kilograms. The grenade launcher is rate of fire 400 rounds per minute, maximum range is 2.5 thousand meters.