They are charged with fraud of more than 100 million rubles allocated to the social sphere and the investment program of the region. 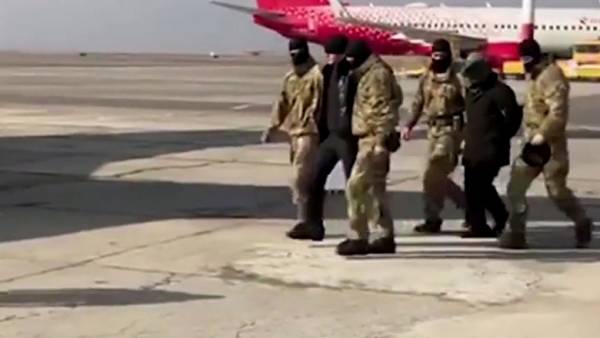 Moscow. 6 Feb. INTERFAX.RU — the Investigative Committee has charged in large fraud high-ranking officials of Dagestan, including the former acting head of the government of the Republic of Abdusamad Gamidov.

In Basmanny court received the petition of the investigating authorities of election of a measure of restraint in form of detention in respect of former acting Prime Minister of Dagestan Hamidov of Abdusamad of Mustafaevich, his Deputy Isayev Shamil Abdullaevich, Deputy Prime Minister and Minister of economy and territorial development of Hidakagawa Rudina Yusufov, Minister of education and science of the Republic of Yadav Sahabas of Kuramagomedova, accused under part 4 of article 159 of the criminal code (fraud in especially large size)” — has informed on Tuesday “Interfax” press Secretary of the court Juno Tsarev.

She said that Hamidov accused of committing two crimes in this article.

Officials charged with fraud to 107.8 million rubles allocated for the social sphere and the investment program of the region.

According to investigators, checks together with partners in the framework of the Federal target program “Education” has prepared documents substantiating the government of the Republic of the necessity of acquisition of a building for the kindergarten in the village Khalimbekov the Buinaksk district of Dagestan.

Knowing that the cost of the building of the former restaurant “Churinga” with land in the village with the reconstruction for kindergarten is about 12 million rubles, the participants of the organized group ensured the purchase of a kindergarten for 50 places over 31.8 million rubles.Svetlana Petromaterials the representative of the RCDS

According to her, also Hamidov and Yusufov “in complicity with other persons, authentically knowing that all the necessary work on the reconstruction of buildings for accommodation of special facility for temporary detention of foreign citizens and individuals without citizenship are hired workers for cash, decided to conduct a formal public auction in electronic form on the reconstruction of the building with the purpose of concluding the state contract with OOO “Grand-Stroy”. Then made fictitious acts of acceptance of work performed and costs. “Just in the period 2013-2014, it was wrongful and gratuitously transferred in excess of 41 million rubles,” — told about the second alleged episode Petrenko.

“In addition, in 2011 the actual ownership of Isaeva is located the tourist base “eagle’s nest”, located in the village of Gunib gunibskogo RAYONA Dagestan and passed into the possession of the company “lighthouse”, which he directs through appointed by him under the control of the Director” — continued the representative of the RCDS.

“In complicity with other persons, he ensured the inclusion of the cottage in the Republican targeted investment program in 2014 with the aim of obtaining the possibility of theft allocated for the creation of engineering infrastructure funds by clearly unwarranted overstatement of the estimated cost of the work,” said Petrenko. In this case, the budget of Dagestan was caused damage amounting to about 35 million rubles.