MOSCOW, 5 Feb — RIA Novosti. Moscow will not act to their own detriment in the situation with a made in the USA “the Kremlin list”, said Deputy foreign Minister of Russia Sergey Ryabkov. 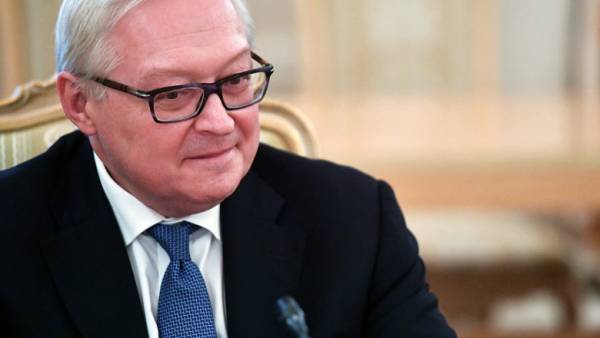 “We are not looking at this situation in a rigorous reflectivity to the detriment of yourself to act won’t… we Respond when and if our President, our leadership, evaluating the set of factors that will come to the conclusion that the time has come,” — said the diplomat in interview to the newspaper “Izvestia”.

Ryabkov said that Russia has repeatedly said the United States both in terms of expanding their lists, which include most anti-Russian of the American political, public and other figures, and from the point of view of specific measures different properties. As an example, Ryabkov cited the decision to limit the number of American personnel working at the dipuchrezhdeny of the USA in Russia. In addition, he reminded that Moscow had previously suspended the three agreements with Washington in the nuclear sector, the White house was informed that this was done in response to the hostile policy pursued by the previous administration in relation to Russia.

“We have been involved in a number of means and methods of material — not a rhetorical reaction to such steps. In our Arsenal of such measures remain. But their possible application is a subject of another political solution. If it will be accepted, by the totality of the circumstances,” — said Ryabkov.