“Protection needs to be a system»

The Chairman of the Duma Committee on family, women and children, Oksana Pushkina, said the development of the bill on prevention of domestic violence. One of his main points — the introduction of protection orders prohibiting the aggressor from approaching the victim. On the scale of the problem and the prospects of the bill “the Spark” talked to its initiator. 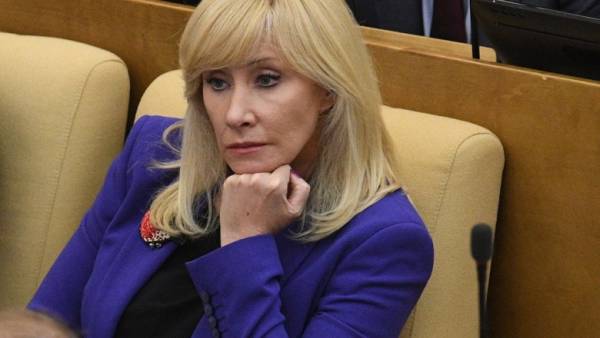 Home, family, or, in other words, domestic violence is formally in Russia. While every day in news reports emerge of shocking allegations of ill-treatment of husbands with wives, parents with children, children, although now adults with elderly parents: bullying, beatings, persecution, murder… Attempts to recognize the problem at the legislative level were taken from us more than once, the result — zero.

Family conflicts — a matter thin, so, as world practice shows, need special regulation. We do not have a “tradition” — other. People affected by domestic violence, in the best case can contact the police, then perhaps the district will hold a preventive conversation with the aggressor. There is, however, another article about the beatings. Only a year ago against family violence, the Russian legislators it is called, decriminalized.

Now if a spouse, cohabitant or parent can beat a member of your family for the first time and without harm to health (such as possible), the offender faces administrative punishment (arrest up to 15 days, a fine of up to 30 thousand rubles, or compulsory work for 60-120 hours). UK will work only in the case when the beatings again, but there is a subtlety: if “redo” happens in the year after the first offense. That is, if, say, a year passed, and one hour after the “debut”, the account of bully zero.

The expert community, we recall, opposed the decriminalization of beatings in the family, the lawyers defending victims of domestic violence, the specialists of crisis centres for women. Their key argument: the risk of criminal prosecution somehow constrained potential domestic abusers. And now, a year later, experts are convinced that easing sanctions was a mistake.

Even the head of the MIA of Russia Vladimir Kolokoltsev late last year stated that the law on decriminalization battery has created new challenges. According to him, for the first nine months of 2017, the police registered 164 thousand crimes on the facts of beatings (administrative law), but only 7 thousand cases were investigated as crimes (and criminal law). Problem bells sees that the Russian courts prefer to impose a fine rather than sending offenders to administrative detention or bring them to compulsory work.

“It’s not fully meet the objectives of punishment, — declared the head of the interior Ministry. Often the penalty is a serious deterrent, and when we are talking about people, places on seven additional financial burden”. The situation is really absurd: after all, the penalty is the deduction from the family budget.

After this a senior official recognition of some human rights activists inspired: is this not a sign change of the vector? Clear answer is no, but at the end of January, the Chairman of the Duma Committee on family, women and children Oksana Pushkina (fraction “United Russia”) announced that it is developing a bill on prevention of domestic violence. “Spark” turned to her for details.