Pandora’s box. Why television is addictive

For some people the heroes of the reality show or TV series become more akin to family members. If the TV is turned on, the person feels uncomfortable, this may indicate the existence of a relationship from the blue screen. How to cope with it? 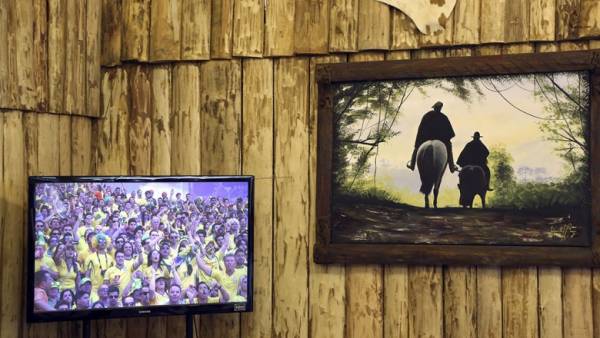 There is nothing wrong with that from time to time a person watches television. The problems start if it cannot be imagined without the blue screen. If life without TV seems empty, if you do not feel at ease until you clicks on the remote control, if you sacrifice time with friends or a long-planned trip to the hair salon for the sake of watching your favorite programs, most likely, it is not just about passion TV, and depending on him.

Caught in the network

The costs of education

Often, parents from early childhood, accustom the child to the TV. To turn on the cartoons is much easier than playing with the baby. Over time the child begins to consider a TV’s best friend: the blue screen will not get bored, he will be faithful companion in all things — because in his company the child eats porridge, cleans the room, or doing homework, the TV does not say, “go away!”— like my mother does. As a result, this “friendship” lasts a lifetime.

Sometimes parents unknowingly instill in your child that it’s boring and good for nothing, not one thing he can’t do it without their help, but do not pay enough attention to him. For example, the mother easier to do the lessons, repeating that her offspring is still not able to correctly solve the task than a long time to explain how to do it. Eventually a person grows up with a feeling of helplessness, which, in turn, gives rise to the fear of being alone. After all, this worthless creature to handle alone even with the most simple case. And always working TV creates the illusion of presence in the apartment of other people.