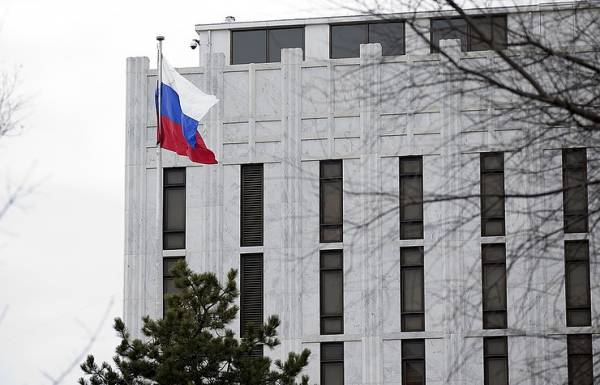 The building of the Russian Embassy in Washington

WASHINGTON, February 5. /TASS./ Russia and the United States can more quickly and with fewer losses to end terrorism by working together. This is stated in the statement of the Russian Embassy in Washington, published Monday on his page in Facebook.

“There is no doubt that we will win. Together we could do it faster, with fewer losses”, – stated in the message.

The Embassy also thank the American citizens for their condolences on the death of the pilot of the Russian su-25 to Syria. “Thank you American citizens, sent to our address condolences in connection with death of Russian military pilot in battle with terrorists in Syria. This tragedy has shown once again that in America there are people who are aware of the need for joint struggle against a common evil” – summed up in the Embassy.