WASHINGTON, February 4. /Corr. TASS Anatoly Bochinin/. The US-led anti-terrorist coalition is not supplied their allies in Syria’s air defense systems and has no plans to do so. 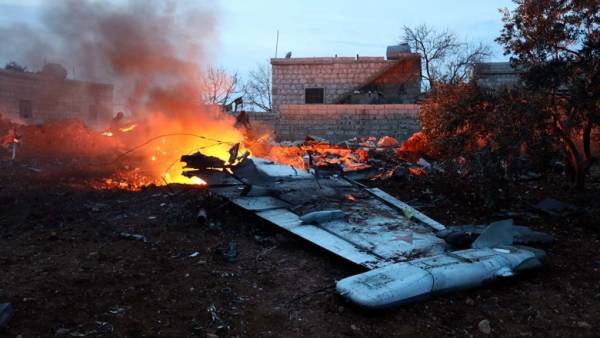 On Sunday the correspondent of TASS said the representative of the group of countries whose forces carried out an operation in Syria and Iraq.

As reported previously, the defense Ministry, on Saturday in the Western province of Idlib militants of the terrorist group “dzhebhat an-Nusra” (banned in Russia) from MANPADS shot down a Russian su-25, was carrying out an overflight of the zone of de-escalation. The pilot managed to eject, however, said the Department was later killed in battle with terrorists.

“We are aware of the incident with a Russian military plane shot down near Idlib in Syria on 3 February, — said the Agency interlocutor. The coalition partner is not supplied forces in Syria with anti-aircraft weapons and does not intend to do so in the future.” The coalition representative said that weapons and other assistance not received and Kurdish in ‘ afrīn.

“The coalition is working with its partners — the “Forces of democratic Syria” — and through them with the goal to defeat ISIS (the terrorist group “Islamic state” banned in Russia — approx. TASS.) Our operations are geographically focused on the ongoing combat operations against ISIS in Eastern Syria”, — concluded the representative.