MOSCOW, February 3 — RIA Novosti. To justify the increase in military spending and nuclear build-up in the Americans need a “horror story” in the form of Russia. This opinion was expressed by Ambassador to the USA Anatoly Antonov, commenting on the new nuclear doctrine of the Pentagon. 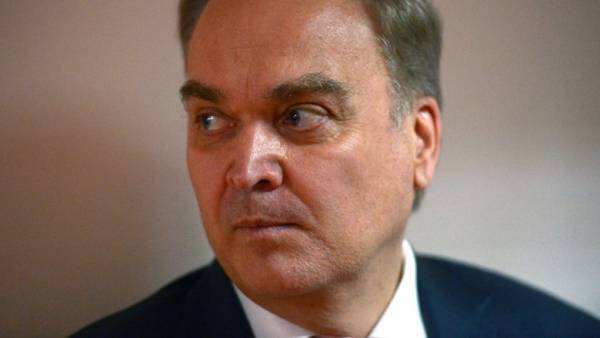 “We understand that behind this willingness to pour huge amount of money in the military-industrial complex, we understand what a huge trillions of dollars are behind this,” said Antonov.

He added that the Russian side managed to see only with the open part of this document, and the first comments and remarks from the U.S. Secretary of defense James Mattis. The document requires careful study and analysis and conclusions would be unprofessional, said the Ambassador.

“But even these first remarks, I like a man who has long dealt with the issue of disarmament and non-proliferation, certainly cause for concern. Or even let’s not be rash, causes questions” — said Antonov.

The new doctrine of the Pentagon

On Friday, the U.S. Department of defense issued a new nuclear doctrine, which has paid great attention to the development of Russian nuclear forces.

In particular, the document States that Washington will continue to spend money on the modernization of nuclear forces and the development of elements of the “nuclear triad” (Intercontinental ballistic missiles, strategic submarines and bombers).